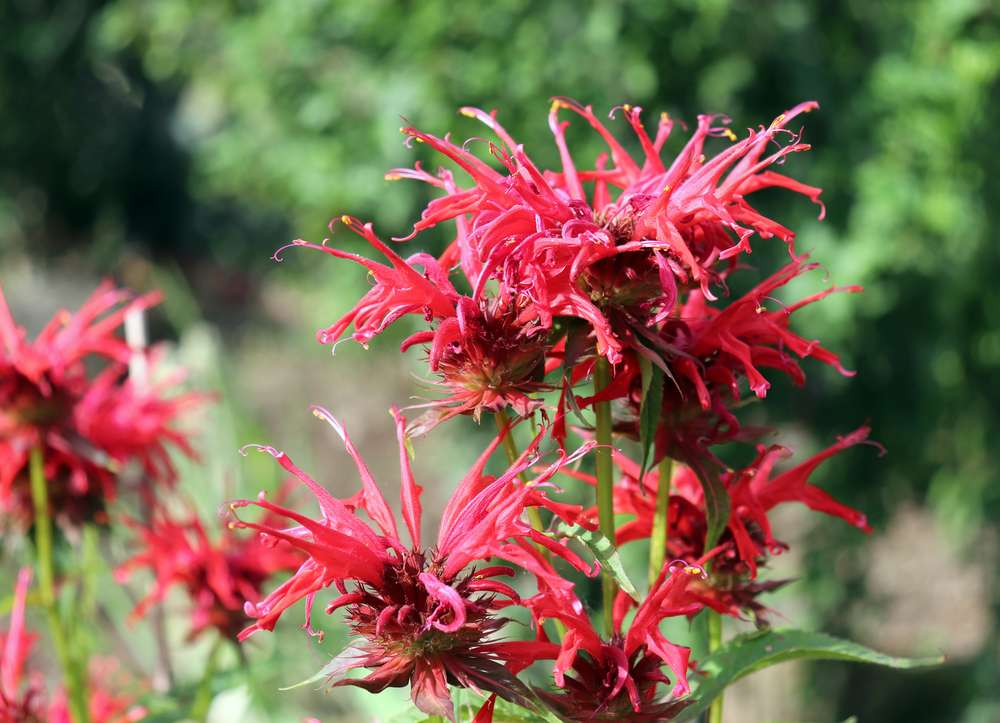 Nothing is more captivating than the fresh fragrance of your planted flowers in the morning! If you live in Vermont, consider yourself lucky, for the wet climate and the Tunbridge soil will help you a lot.

In this post, we’ll take a deep dive into the planting conditions in Vermont, and what flowers will benefit the most from those conditions. So keep on reading!

Before we shed light on the many flowers that thrive in Vermont, let’s first go over the conditions there to understand why so many flowers grow well in the Green Mountain State.

The Tunbridge soil that’s found in Vermont is great for gardening and has a high agricultural potential.

The soil is mainly loamy, which means there’s a balance between the various soil components, making it ideal for flowering plants.

The drainage of this soil is satisfying for most flowers, protecting their roots from rot. Besides, Vermont’s soil is rich in organic nutritious matter.

Vermont has a wet continental climate, which equates to cool winters and warm summers.

Great news for the gardening fans all over Vermont, the state will get an average of 43 inches of rain annually. This is about 5 inches higher than the normal United States average.

Vermont has five of the United States department of agriculture’s hardiness zones. That’s 3b, 4a, 4b, 5a, and 5b.

These zones divide the country into regions according to the extreme minimum temperature average recorded for them. The lower the number of the zone, the colder it’ll be.

What Flowers Grow Well in Vermont?

Now that you have an idea of the growing conditions in Vermont, let’s take a look at some of the flowers that thrive in the state.

This bright red flower is one of Vermont’s native plants. It thrives in hardiness zones between 4 and 9, which include most of Vermont.

It blooms from mid-summer in May to late fall in October. When crushed, the leaves will give a refreshing minty fragrance.

This flower is a perennial, which means it blooms for a full season and then dies in the ground during the winter. However, the plant’s root system will remain functioning underground.

When the conditions are suitable, the flower will re-bloom again. Scarlet Beebalm will repeat this cycle for around 3 years before it eventually dies.

If you want a statement piece in your garden, Cardinal flowers are your go-to. This perennial blooms in late summer in July all the way to fall in September.

The Cardinal flower grows in a wide range of USDA zones from 1 to 10. It’s pretty versatile when it comes to flowering conditions, which makes it the perfect candidate for Vermont.

The flower will tolerate both hot and cold climates and grow healthily in both full sun and shade. What’s more glorious about the Cardinal flowers is how attractive they are to hummingbirds.

A pitfall for this flower is that it’s not so drought-tolerant. Yet, this won’t be a problem in Vermont due to its relatively high rainfall average.

If you want color strokes decorating your garden all summer long, Coneflower is what you need. This beautiful perennial wildflower comes in an array of colors. This includes white, golden, and pink.

The flower blooms in hardiness zones between 3 and 8. It requires full sunlight and not-so-ideal soil to flourish, which is quite suitable for Vermont.

Additionally, pollinators like butterflies and bees love the Coneflower, so expect some visitors to swing by your garden on a regular basis.

Peonies are a brilliant choice for the less fertile parts of Vermont. The flowers will thrive in USDA zones 3 to 7 during the late spring through the early summer.

These beauties will need about 8 hours of sunlight. You should note, however, that too much shade will harm your plant and make it produce fewer flowers.

The most important requirement for these flowers is well-drained soil. Luckily, you could easily establish the needed drainage in Vermont’s loamy soil.

Once you’ve established the plant, it’ll take minimal effort to keep it healthy and growing. In case you find ants on the flower leaves, don’t panic! They’re completely harmless.

This bright orange flower will add vibrance to your garden for 3 months, starting from late spring. The butterfly weed grows well in hardiness zones between 3 and 9. This means it’ll flourish in just about any place in Vermont.

Like most perennials, it’ll thrive in full sun with average soil as long as it’s well-drained. The butterfly weed is considered one of the most disease-resistant plants. Also, its nectar is the primary source of nutrition for the Monarch butterfly.

On top of that, the butterfly weed is a celebrity flower! It won the Perennial Plant Association’s 2017 plant of the year award.

If you want to cover a big bald spot in your garden pretty fast, the Common Yarrow is right up your alley. These simple white flowers will sprout rapidly in almost any condition.

The flower can grow in drought regions and extreme weather, hot or cold. Plus, this flower is a bee’s all-time favorite.

The flower is native to Vermont, as it grows in USDA zones 3 to 5. This means it covers all of Vermont. The plant needs full sunlight, as shade will turn it soggy.

This flower doesn’t need any maintenance whatsoever, so you wouldn’t worry about caring for it much.

Golden Marguerite is a tough beauty that’ll thrive in all the drastic areas that other plants would normally wilt in. Poor soil and drought don’t seem to bother the Golden Marguerites at all.

The bright gold flower has a light fragrance and blooms in full sun. It normally grows in USDA zones 3 to 8.

While the Golden Marguerite doesn’t seem to need much maintenance, you need to make sure it’s not in shade for too long, or else it will wilt.

This purple flower can look delightfully majestic in your house garden. It’s very low-maintenance and significantly resilient, which is ideal for you if you don’t have much free time on your hand.

The Blazing Star blooms and thrives in poor soil and withstands the drought efficiently. On the other hand, the health and survival of the flower depend on the soil drainage. Too much water in the soil poses the risk of rotting the flower’s roots.

Additionally, one primary cause of the flower’s death is winter wetness. This occurs when the soil is over-watered and the soil drainage is poor.

The Blazing Star flower will grow in all of Vermont’s USDA zones and will always be a major attraction for birds and pollinators.

The balanced, loamy, well-drained soil of Vermont elevates the planting potential of the land, so having a lush garden is usually not an idea for a Vermont resident.

Plenty of flowers will flourish in Vermont, but if you want a disease-resistant flower, the Butterfly weed or the Scarlet Beebalm should be your choice.

Peonies and the Blazing Star require the least effort and time to care for them, so go for them if you don’t have much free time on your hand.

Keep in mind that you need to avoid excessive watering in case you’re growing the Blazing Star flower, as its roots will be prone to rot.