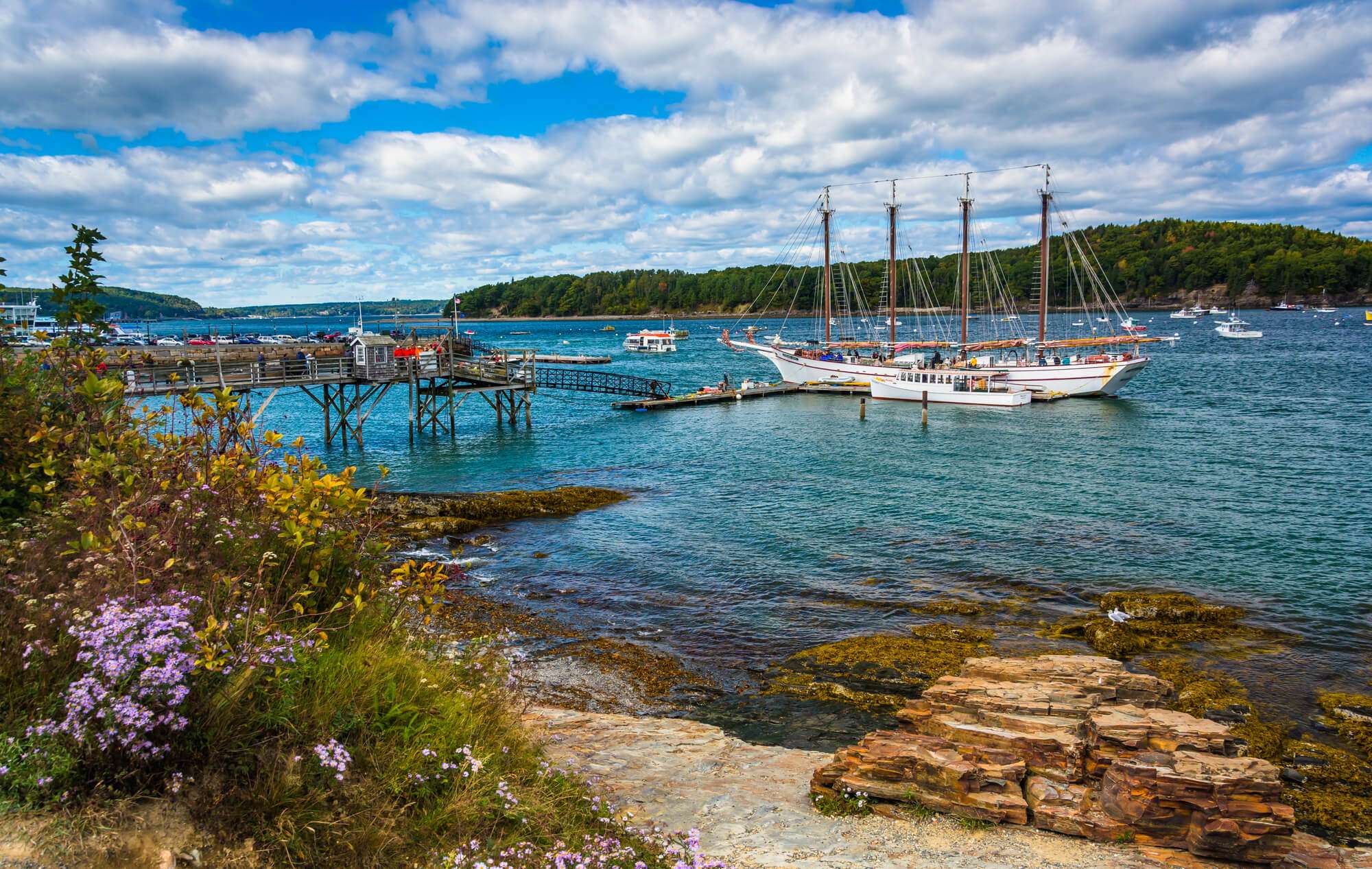 Given its wet summers and extreme winters, it’s no surprise that many new gardeners want to know what flowers grow well in Maine.

Maine can be home to many different flowers. Some great options include Daffodils, Marigolds, Columbines, Foam flowers, Speedwells, Black-eyed Susans, and Asters. They can withstand wet, mild climates like those in zones three to six.

There are many reasons why these flowers are so great for Maine. Each one comes with its own little perk. So without further ado, let’s get to it!

What Type of Flowers Thrive in Maine?

You’ll notice that the type of flowers that grow in Maine have a few similar qualities. Maine’s hardiness zone ranges from zone three to six.

This makes the state on the colder side, meaning the summers are mild and wet.

So, you’ll find that flowers that grow well in Maine usually don’t need too much sunlight and need a lot of water.

This makes most of them on the smaller side. However, luckily for you, we also picked some endurant flowers that will add a lot of variety to your garden.

It’s up to you to decide which ones will suit you most.

The Best Flowers to Have in Maine

So, here are our picks for the best flowers to grow in Maine and why!

Daffodils, also known as narcissus, don’t need a lot of sunlight, water, or anything. They’re one of the toughest plants on this list, and that’s what mainly makes them great for Maine.

Whether it’s raining, snowing, or even hailing, they can take it. Despite their tender appearance, daffodils can withstand the hottest and coldest temperatures.

Moreover, they’re perennials. This means that they die and grow every season once you soil them. So, you won’t have to worry about the hassle of growing them every season!

Daffodils can also withstand pests, fungi, and even some diseases. Their endurance is a huge part of why the flowers are so low maintenance.

So, if you’d like to add a vibrant pop of yellow to your garden, but don’t want to worry about the hassle of gardening, then daffodils are perfect for you.

Marigolds, also known as tagetes, also win the most endurant contest because they can survive most things. The flowers are round in shape and bright yellow.

However, don’t let their soft appearance fool you because they can thrive in the heat and the cold! It might be extremely sunny or snowing, but a marigold can withstand it.

The only thing marigolds can’t withstand is time since they’re annuals— meaning that they’ll eventually die by the end of the season.

Despite them dying every season, marigolds are great because they have the longest blossoming season.

While most flowers bloom for two to three months, marigolds bloom for six to eight months. So, you’ll be able to soak each and every minute of their radiance.

Marigolds are also great because they attract pollinators! So, expect your garden to be full of playful bees and butterflies during spring.

However, if you have any allergies, skip this option.

Wild red or eastern columbines, also known as aquilegia Canadensis, will add a touch of irony to your garden with their classy yet wild look.

The flowers are red with a unique drooping effect. They’re perennials that thrive in zones three to six, which makes them perfect for Maine.

Why do they thrive in those zones? Columbines grow well with or without too much sunlight.

Moreover, they’re low-maintenance since they don’t require a lot of watering. So, opt for dried soil when growing them.

With columbines in your garden, expect the sweet sound of hummingbirds in the morning since the flowers are known to attract them.

And, you won’t even need to worry about pests or deers since the flowers are tolerant against them, unlike many flowers.

Foam flowers, also known as tiarella cordifoila, are named after their appearance, which are clusters of white or pink flowers that bloom from the stem.

The flowers are leafy, so they add a soft, natural balance to your garden. Foam flowers are perfect for Maine because they thrive in zones that range from four to six.

This means they enjoy a lack of sunlight and mild summers. So, they thrive in the shade or the sunlight. They’re also perennials.

Foam flowers are great for Maine because the humidity moistens the soil just perfectly enough for them.

Soil cannot be dry or moist if you want them to grow well. So, make sure to dry out the soil after snowy days when the snow melts. Otherwise, let Maine’s humidity do its job!

Speedwells, also known as veronica, are vibrant perennials that are great for gardens that need a mix of wild colors.

The flowers can blossom in one of the two ways:

The more sun they get, the spikier the speedwells will be. So, if you live on the shadier side of Maine, you’ll get to enjoy the softer petal look.

Speedwells grow in a variety of colors, from whites and yellows to blues and purples. You’ll get to find out when they blossom. That’s the fun of it!

Not only will you enjoy the colorful addition to your garden, but you’ll be surprised to find out how easy speedwells are to maintain.

All you need to do is avoid overwatering the soil since that can produce diseases or mold that might kill your speedwells.

Other than that, your speedwells will be just fine!

Whether your area is in zone three or six, your black-eyed Susans, also known as rudbeckia hirta, will thrive.

The flowers resemble sunflowers except that they have a smaller pistil.

While they can thrive in shady areas, it is best to grow them in areas facing the sun.

This increases and speeds up the blooming process. Although black-eyed Susans are perennials, they are short-lived in colder areas.

So, expect them to grow every season. However, the season may be a little shorter for them.

Another thing to expect is a beautiful group of butterflies enjoying your black-eyed Susans as much as you. This will create a lovely scene of serenity in your garden.

Lastly, Maine might be full of deer. However, you don’t need to worry about your black-eyed Susans since they’re deer-resistant.

Daises don’t quite grow well in Maine. However, a great “dupe” is asters! Also known as Asteraceae, asters are spiky flowers with yellow pistils.

Their petals grow in different colors like purple, blue, pink, and white. The flowers add a lovely pastel touch of color to your garden.

They’re perennials and attract pollinators as well. So, expect your garden to be flooded will playful bees and butterflies!

Asters are great for Maine because they’re low-maintenance and grow well in shaded areas. They don’t need plenty of sunlight to grow.

However, even on sunny days, your asters will still be happy! Their versatility is what makes them a great option to grow in Maine.

Wrap Up On What Flowers Grow Well in Maine

You’ll notice most of the flowers are perennials to make the hassle of re-soiling just a little bit easier.

Each flower comes with its advantage, and that’s the best thing about it!

You can pick and choose what suits you the most and what gives your garden, patio, or window the best look.

Whether you prefer bright or soft colors, Maine can grow it all. So, what are you waiting for to start gardening!