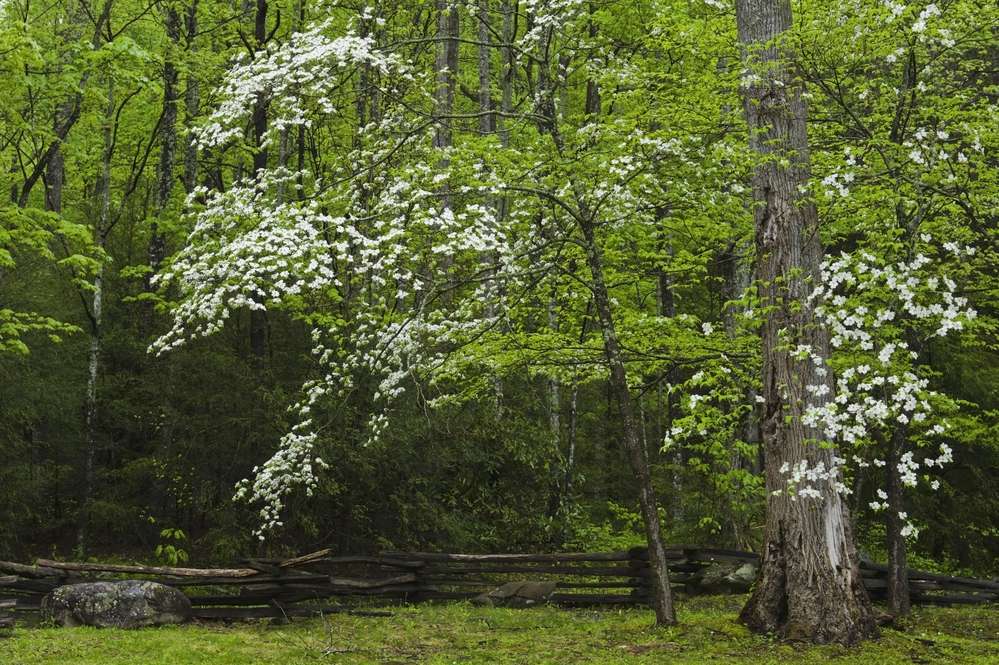 Gardening is a process of trial and error, but it can be based on educated assumptions. There has been an ongoing organized effort to inform the public in Arkansas on responsible plant choices. Knowing what flowers grow well in Arkansas will help you cultivate a low-maintenance, sustainable garden.

There’s a wide variety of native flowers that grow well in Arkansas. Some native species like magnolias, redbuds, and dogwoods, are cultivated for ornamentation. Like the Asteraceae family, other species are grown to attract bees and enrich the wildlife.

Climate and Vegetation of Arkansas

Arkansas is divided into four zones on the USDA plant hardiness map, namely 8a, 7a, 7b, and 6b. We can’t entirely rely on this map because it only gives one part of the gardening equation: the minimum winter temperature.

The best approach to choosing your plants is to learn from nature. You can mimic the habitats of native plants. Most of the plants in local nurseries can survive average weather conditions in Arkansas, but you can provide a sheltered spot from winter killing frost.

What Flowers Grow Well in Arkansas?

All plants can bloom if provided with the right conditions. Many of the wildflowers on our list require full to partial sun exposure for flowering.

In Arkansas, the Ozark Mock Orange primarily occurs in the top elevations of Arkansas Valley, the Ozark Highlands, in addition to the mountains of Ouachita and Boston. This species prefers rocky soils of the woodlands and bank streams.

This shrub’s stems grow rapidly. Young stems are upright, but older ones are arched. New parts of the shrub change color from green to brown in months. When a flower grows from a lateral leaf’s auxiliary bud, the associated portion of the twig dies after the fruit is produced.

The flowers of the Ozark Mock Orange look like the typical orange flowers (Citrus sinensis). Each twig can grow from three to 11 flowers, so the shrub appears to have a raceme inflorescence. Grow your plant in a sunny spot to encourage more flowering.

Fragrant Sumac grows all over Arkansas except for some areas in the Mississippi Alluvial Plain. It can grow on almost any soil type but prefers sunny to semi-shaded rocky spots, like prairie slopes. Twig-bearing flowers die towards the end of the summer after fruit maturation.

The stems of younger plants are vigorous and upright, but as the plant grows, the stems spread laterally. Mature plants have hundreds of radiating branches, forming a dense thicket. On top of that, crushed leaves have an intense, pleasant smell.

Fragrant Sumac has a cone inflorescence with closely-packed flowers. The flowers appear on leafless twigs that grew in the former summer. Moreover, the shrub’s tiny red fruits (drupes) are eaten by birds and small animals. People also use the drupes to make a tangy lemonade.

The Showy Evening Primrose was originally native to the southwestern part of Arkansas, precisely to the Blackland Prairie. However, it’s currently widespread in the state after being extensively cultivated and used for roadside plantations. Sunny spots like woodland glades are favorable sites.

Stems are weak, needing support to remain erect. Otherwise, they tend to laterally spread as they mature. Over time, each plant can grow over 100 stems, which can be tightly clustered if the competition is fierce.

In Arkansas, the flowers of the Showy Evening Primrose wilt after one day. Simultaneously, new flowers bloom on separate stems in the morning. This perennial has a racemose inflorescence and requires a sunny site to bloom.

The Long-Flower Cornsalad predominantly grows in the Ouachita Mountains, Arkansas River Valley, and the Ozark Plateaus. Its favorable sites are rocky or sandy lands with full to partial sun exposure, such as mowed field areas.

Each erect stem splits into two to six pairs of branches, ending with the inflorescence at the final branch. Colonies of this species usually have similar heights, and they intertwine with other grasses and forbs.

The highly complex cymose inflorescences of the Cornsalads are worth contemplating. The flowers attract bees and flies with their nectar and pollen, but they die after fertilization and seeding.

Also known as Coral Honeysuckle, this plant grows all over Arkansas except for some sites in the Mississippi Alluvial Plain. Its preferred habitats are dry to mesic with sunny or partially shaded places, such as woodland borders and thickets.

Trumpet Honeysuckle has evergreen foliage in warmer conditions. However, t’s deciduous to semi-evergreen in Arkansas. Its lengthy vining stems have opposite leaves and branches laterally to grow flowers. New stems are thin and pale green but turn woody and fibrous as they mature.

This vine can be very showy in the garden with its fascinating trumpet-shaped flowers. It requires sunny spots to bloom, and its flowers follow the sun’s path like sunflowers. The berries produced after fertilization are eaten by birds.

The Mexican Hat is widespread in Arkansas, but it’s concentrated in the Blackland Prairie region and the Ozark Highlands. It’s native to the grasslands in these areas but still thrives along roadsides.

Young plants start with few separated erect stems and develop larger ridged stems as they grow. Overall, the Mexican Hat has an open appearance because the leaf size decreases towards the ends.

The Mexican Hat doesn’t produce viable fruits, but it has a distinctive flower shape. The petals surround a central disk holding florets. The disk can be two inches long.

The Interior Highlands of Arkansas is the main range of this species. The plant thrives on sandstone, well-drained soils, and open woodland shales.

Arkansas Beardtongues have purple stems, growing from a tough rootstalk to form a tight clump. Its dark green leaves are more than 3 inches long and appear in pairs.

This perennial has one of the earliest blooms in Arkansas. It has an open panicle inflorescence. A single stem grows 6-14 cymes, consisting of 3-16 tubular flowers, which add up to hundreds of lowers for a single mature plant.

Besides its abundance in Eastern Canada, this plant occurs mainly throughout the Interior Highlands of Arkansas. It thrives in dry to well-drained soil in rocky and sandy open areas.

Canada Rockcress has a central stem that grows several lateral ones, carrying green leaves. The leaves have distinctive teeth-shaped edges with a forward angle.

Similar to other mustard family members, the inflorescence structure of this biennial is a bractless raceme. A primary raceme can grow over 60 flowers and produce. After fertilization, the flowers produce distinctive bean-like fruits that grow up to a foot in length.

Wrap Up On What Flowers Grow Well in Arkansas

We’ve highlighted what flowers grow well in Arkansas to help you responsibly choose native species for your garden. Choose different flower types to vary flower nectars and enrich the “bee experience.” This will also ensure year-long blooms, adding color to the garden.