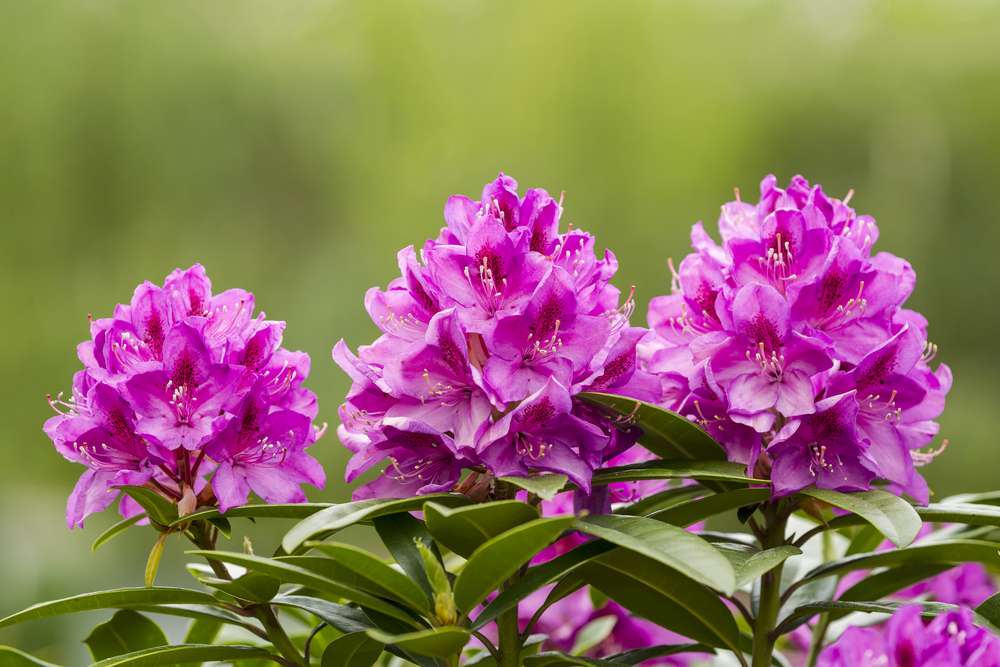 Have you ever wondered about the rhododendron flower meaning? Below, I explain the origin of the flower’s meaning and the symbolism of different color variations.

A rhododendron flower symbolizes sunshine, warmth, and light. Because it’s native to sunny countries, the flower is believed to offer an aura of goodwill, positivism, serenity, and energy. Therefore, it’s often used in bouquets to add a warm touch.

Is that the only meaning of the rhododendron flower? No, the flower hides an interesting background behind the warm colors and the cheerful vibes. Read on to find out!

What Does the Rhododendron Flower Symbolize?

The rhododendron flower is full of controversies. On one side, it symbolizes sunshine and warmth, mainly due to its origins in sunny places. It’s often associated with goodwill and serenity, and some associate it with energy and beauty.

Yellow rhododendrons are often used to remember the good times with the dead, which is why they’re seen at funerals frequently. Meanwhile, pink rhododendrons symbolize sympathy. That’s why you often see them in ‘get well soon’ bouquets.

On the other side, the rhododendron is labeled as dangerous and used to connote warning, caution, and weariness. Some tribes even go as far as considering it a death threat because of the toxic properties in its nectar.

The reason for the negative symbolism behind the rhododendron is how the Victorians perceived it and how some Roman soldiers fell ill after eating it. Let’s see how.

The Symbolism of Rhododendron in the Victorian Era

During the Victorian era, the British people were planting rhododendrons rapidly for game cover. Because the flower has invasive properties, you only need to plant a few seeds, and they’ll grow into dense thickets.

The British folks knew that, and so they began covering woodlands in rhododendron flowers. Shortly after, gardens, estates, and parks were covered in thick bushes of the ornamental flower.

Despite the vast uses of rhododendrons in the Victorian era, the flower was still regarded as a warning. According to the Victorians, when you gift someone with a rhododendron, it means you’re warning the recipient that you’re dangerous. In some cases, it symbolizes a death threat.

Additionally, homeowners in old British times didn’t like rhododendrons because they’re invasive. The flower used to grow rapidly without control, covering lawns and gardens in the process. That didn’t sit well with everyone.

Why Does the Rhododendron Symbolize Warning?

Although the Victorians are the ones responsible for the rhododendron’s evil symbolism, they’re not the main reason behind it. The flower symbolizes warning because, during the Persian civil war, some soldiers ate it during the war and got poisoned, but that’s not all there’s to it.

Back in 401 B.C, the Persian civil war was at its peak. Xenophon of Athens and his soldiers were treading through hostile territories when they stopped to have something to eat.

Since the place was swarmed with bee hives, the soldiers fed on combs. Unfortunately, they fell ill shortly after. They reported symptoms like diarrhea, vomiting, and the inability to stand on their legs. The flower also caused them to appear drunk, and some soldiers went into complete fits of madness.

One or two days later, the soldiers recovered without any reported deaths. As it turns out, the soldiers were poisoned because the honeycombs they ate were made by rhododendron’s nectar. But that’s not the only remarkable historical story that features rhododendrons.

Hundreds of years after the previous story, the Third Mithridatic War occurred. During the war, Mithridates of Pontus carried out an evil trick to delay the arrival of Pompey the Great’s troops and eliminate them before they went on the offensive.

He ordered the distribution of honeycombs and honey jars along the route the troops were supposed to take. And, of course, it wasn’t your average household honey. Instead, it was mad honey, another name for honey that was made using rhododendron nectar.

Pompey’s soldiers used the honey to feed amid the long road, and they started seeing the effects of mad honey shortly after. Some of them fell drunk, and a lot of them were rendered unable to fight.

Reportedly, that trick cost Pompey around 1,000 soldiers, and it cost the rhododendron its reputation as a warm, lovely flower associated with positive feelings. Since then, some people have been viewing it as a toxic plant, although you’d need to eat large amounts of it to suffer the symptoms.

What Do the Different Colors of Rhododendron Mean?

Different colors of rhododendron have different meanings. Here’s a roundup of the most common variations of the ornamental flower:

The red color symbolizes passion and sensuality in almost all flowers. Red rhododendrons often represent a confession of love or an en expression of admiration.

Orange is one of the brightest colors, so it’s often used to convey liveliness, energy, and positivity. An orange rhododendron is a symbol of vibrancy and positivity. You can give it as a gift to someone feeling down or needing encouragement.

The yellow color often symbolizes friendships and new beginnings, but its meaning differs from one context to another. For example, in Mexico, the yellow color honors the dead, and that’s a bit similar to the meaning of the yellow rhododendron.

Yellow rhododendrons are often used in funerals to honor the memory of the dead. But, despite the context, the flowers aren’t used for mourning; they’re a way of remembering the good times.

Pink rhododendrons often symbolize serenity, sympathy, and a myriad of mellow feelings. Flower experts often use them in ‘get well soon’ bouquets because they’re a sympathetic gesture. Some detectorists also use them in romantic settings, like weddings or anniversary celebrations.

The color white often symbolizes serenity, purity, and innocence. White flowers are primarily used at weddings, and white rhododendrons are no different. They may be used as gifts between lovers, especially at the beginning of relationships.

The purple color primarily conveys nobility, elegance, and richness. Back in the day, it was only available for the rich because it was expensive to extract. So, to this day, it’s often a symbol of elegance.

Some Facts About the Rhododendron Flower

Rhododendrons mostly symbolize positive aspects, like serenity, warmth, light, and sunshine. However, the flower was the hero of some not-so-pleasant historical stories. So, aside from its positive connotations, it’s often used to symbolize warning or caution.

The Victorians even went as far as considering it a death threat, mainly because of Pompey the Great’s soldiers that fell victim to the flower’s toxic properties.