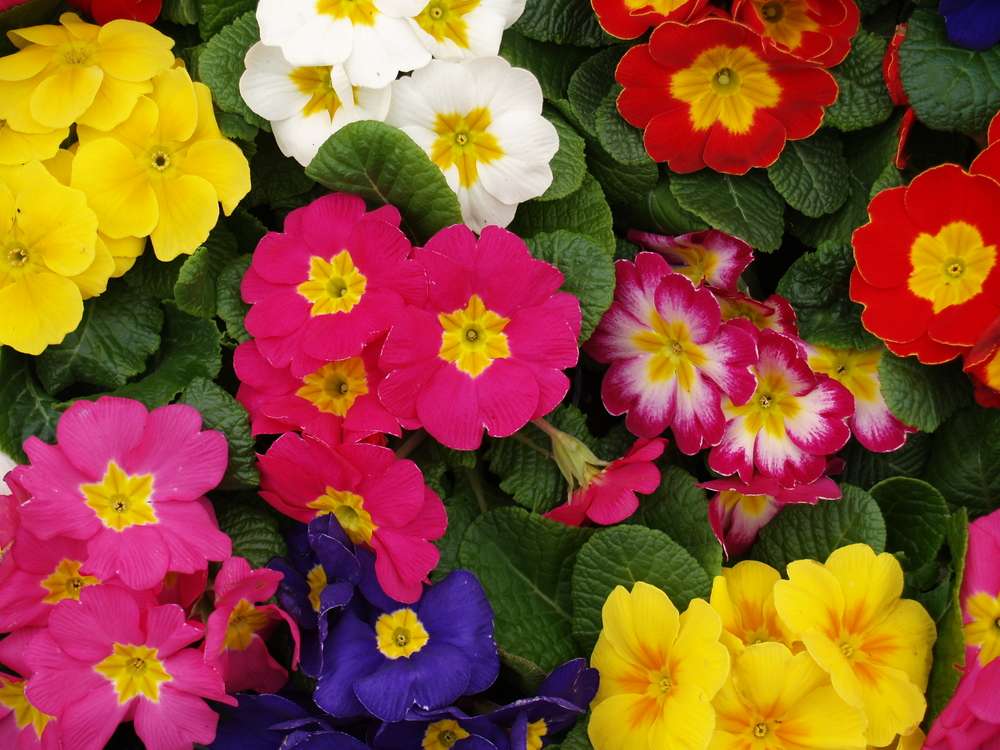 If you’re curious about Primrose flower meaning and symbolism, then you’re in the right place!

The name primrose is derived from the Latin word “primus,” which means “first.” This is due to the fact that it’s one of the first species to bloom in the spring. Therefore, they’re an excellent symbol of youth, renewal, and new beginnings. They have a very romantic meaning as well, perfectly describing the emotions of love, desire, and passion.

So, let’s dive deeper into the meanings and stories of primroses; they’re quite fascinating. Also, stay tuned to find out how they ended up having a holiday named after them.

What’s the Meaning and Symbolism of Primrose Flowers?

It appears that little thought was put into the name, but it couldn’t be better. Primrose flowers are usually the first flowers to bloom at the beginning of spring, and their name derives from this fact.

This name leads to a few symbolic meanings, which are:

You’re probably wondering how femininity made it onto the list. Well, primrose is a birth symbol as it represents youth and renewals, which are all linked with new life.

Thus, primrose represents the beauty and femininity associated with women who help bring new lives into the world. If you know a mama-to-be, you now know what to bring to the hospital along with a cute onsie on the big day.

Moreover, primroses were featured in love myths and eventually took the top spot for gifts in the “I can’t live without you” category. If you combine that resemblance with the color red, you’re setting the tone for a great date!

In the language of flower colors, red is always the star of the show when it comes to romantic events. Therefore, red primrose is your best bet for expressing love, desire, and passion.

On the other hand, white primrose is best given to someone who is mourning or grieving, mainly used for expressing condolences.

Learn More About the Primrose Flower!

Before we get into the fairy talk that comes with this bloom, let’s take a look at its characteristics.

Primrose flowers, also known as Primula vulgaris, are a member of the Primulaceae family. In fact, because there are 490 to 600 species of primrose, this family is commonly known as the primrose family.

Primulaceae includes perennial herbs such as primrose, as well as annuals, shrubs, and trees. This family has left a trail around the world, allowing everyone to experience its charm.

The shapes of primroses vary depending on the variety. Some species grow from 10 to 20 inches tall; others can grow up to four feet tall. Whereas other species are much shorter, measuring only two inches tall.

Nonetheless, most of them share a similar shape, which is small colorful rosettes with dark green leaves. The stalked leaves are either round and densely packed or long and narrow. A single stem may have clusters of flowers or a single flower.

We like to believe that this plant originated somewhere over the rainbow as it’s very generous with its colors. Some of its hues are yellow, purple, blue, white, orange, red, and pink.

The color palette we just mentioned matches perfectly with spring! Primroses bloom in early spring and can last until summer, depending on where they’re grown. However, some species can bloom in the late winter as well.

With proper care, you can enjoy this plant’s blooming throughout the year. Naturally, there’ll be a brief pause during the winter months, where the blooms will go dormant to survive the frost and recharge for the upcoming spring.

They bloom in the spring and smell like it!

Primroses emit a sweet fruity aroma. This is why planters adore them because not only do they look good but also smell divine. Their scent is frequently described as tangy, similar to that of an orange lollipop.

Yes, primula flowers and roots have healing powers. According to research, the active compounds in primroses are triterpene saponins and phenolic compounds.

Saponins are the compounds responsible for the expectorant activity, whereas flower phenolic compounds have antimicrobial, antioxidant, and cytostatic properties.

This made primula a promising treatment for the following conditions:

Back in the day, people used to eat the leaves and flowers of this plant raw because of its healing properties. In some cases, it was cooked as a source of vitamins.

Primrose is moderately toxic to humans if touched and poisonous to pets if consumed. The tiny hairs you see on their leaves emit a toxic substance. Thus, if you touch those leaves with your bare hands, you might experience irritation and blister formation. Simply put, wear gloves around these cuties.

If a curious cat or dog ingests it, it can cause vomiting, diarrhea, or contact dermatitis. In that case, the pet owner should make an appointment with their veterinarian right away.

What Are Some Primrose Famous Myths and Stories?

For the intriguing part, we’ve gathered some of the most interesting stories and myths about primroses.

1. Primulas and the Love Goddess

Primulas are coupled with the goddess Freya, who’s the goddess of love in Norse mythology. They say the calm energy of primroses’ pale yellow best describes Freya.

During rituals, worshipers would collect this flower and lay it out on the ground to show their admiration.

According to legend, this flower is linked to Saint Peter, the heavenly guardian. It begins with the saint sleeping and waking up puzzled because of a noise he heard. He follows the sound and discovers that someone is attempting to enter heaven.

Saint Peter has dropped his keys along the way, and miraculously, primrose flowers have begun to grow in the spot where he dropped them. This is why the English refer to it as Herb Peter, and the Germans refer to it as primrose key flowers.

3. Flower of the Fairies

Many years ago, Celts were so taken with primrose’s magical aesthetic that they believed it possessed magical powers. They assumed that this flower was favored by the fairies. So, they placed primrose blooms on their doorsteps as a tribute to fairies to protect and bless them.

Not to mention, they thought that if you ate a primrose, you’d see a fairy. Additionally, Celts used to extract the oil from this flower and rub it on themselves before ceremonies. They claimed that doing so would cleanse and purify their bodies.

Primrose Day is an English holiday celebrated on April 19th. It commemorates the death anniversary of British statesman and Prime Minister Benjamin Disraeli. You see, primrose was his favorite flower.

People still leave primula flowers at his statue in London’s Parliament Square to honor his memory.

What Are the Most Common Primrose Varieties?

Now, we’ll introduce you to some of the most popular primrose varieties, as well as their symbolic meanings.

Primroses have left their footprints throughout history because of their magical, healing properties. Even today, they’re a sight for sore eyes. It’s such a treat to stop and smell them, to feel hugged by spring. For that warm embrace, primrose’s legacy will never come to an end.

Simply thinking about the primrose flower’s meaning refreshes us!