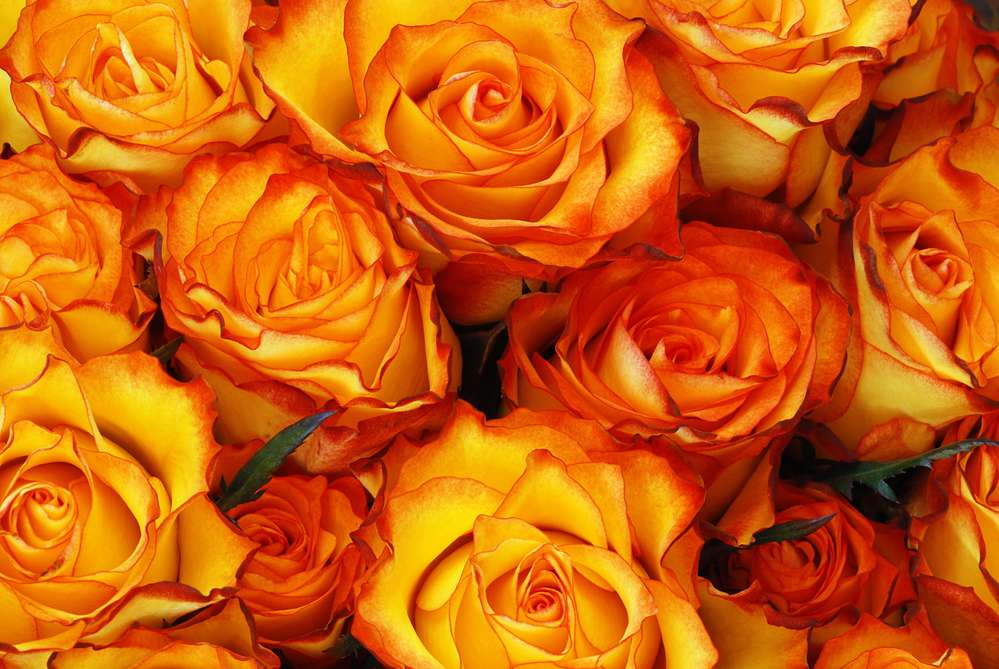 While many people associate roses with the color red, it actually exists in a wide range of hues, including yellow, blue, pink, and even orange! And surprisingly, each one of these colors has its own symbolism!

In this article, I’ll focus on orange rose meaning and what it symbolizes when someone gifts or uses orange roses in decorations!

Orange roses can represent a huge range of meanings that usually blend with the symbolism of the color orange, such as excitement, happiness, gratitude, strength, and desire.

The meanings may also vary depending on the occasion, the number of flowers, the shade of orange, and whether the roses are combined with other flowers. If you want to know more about all this and more, keep on reading this brief guide!

What Do Orange Roses Represent?

When it comes to meaning and symbolism, orange roses are deeply associated with happy thoughts and meanings. In this section, we’ll take a quick look at some of these meanings:

The first meaning that is deeply associated with orange roses is energy and excitement. Since orange is the result of mixing both yellow and red, the color orange usually represents a mixture of both colors too, and that applies to the meaning of its roses.

The color red is always associated with strength, vigor, and passion while the yellow color represents sunshine. Combining these meanings together gives you feelings of energy, excitement, and positive vibes!

Another reason why orange roses represent energy also lies within the color orange itself. Orange as a color or light packs a lot of energy, which is why a lot of sports teams use it in both their mascots and uniforms.

In fact, these claims are supported by several scientific studies, including a 2012 study This one shows that orange is typically seen as an exciting color and is often associated with positive vibes, playfulness, and vibrancy.

Another study, published in an environmental psychology journal shows that classrooms that are painted orange are regarded as “too exciting” to the point it makes it a bit difficult to study or focus.

Another meaning that is deeply associated with the color of orange roses is happiness and joy. When people see the orange roses, they’re often reminded of refreshing fruits like oranges and tangerines as well as the bright sunset after a happy day on the beach.

For all these reasons, people often see orange roses as “happy roses”, so they usually associate them with cheerful and friendly occasions, such as gatherings and reuniting with loved ones as well as having a genuinely good time!

In the science of heraldry, orange is a very powerful color. In fact, the color orange is one of the most popular colors in crests and emblems because of its high visibility.

This allows them to grab more attention to designs. This is also why orange is commonly used in promotions, ads, and traffic signs.

For the same reason, orange roses stand out among other flowers as a sign of power and strength.

Another meaning that is primarily associated with the orange color of the roses is simplicity and gratitude, especially the paler variants of orange, such as peach-colored roses.

For example, the Buddhist monks are known for wearing orange robes because the color symbolizes simplicity and stoicism (letting go of the materialistic aspects of life).

The robes were originally dyed with saffron and turmeric, but with time, the spiritual status became associated with the color itself rather than the original recipe.

For that reason, when you gift someone orange roses, especially someone who previously helped you, it’s an excellent way to convey your feelings of gratitude.

While lighter shades of orange like peach orange are associated with simplicity, other hues can also have some specific meanings.

For example, salmon and flaming orange roses invoke feelings of desire. This is because these shades have higher percentages of red than others, which is originally associated with romantic love, passion, and desire.

The history of orange roses is quite recent, as gardeners and breeders started developing them in the mid-20th century.

For that reason, there are no records of orange roses during the peak of the floriography in the Victorian era.

However, the tradition to include orange colored flowers in weddings emerged in these times, although decorations included orange blossoms rather than orange roses that didn’t exist at that time.

Orange blossoms were used to symbolize chastity and devotion between loved ones. Although orange roses don’t necessarily carry the same meanings, they’re quite common at weddings for ornamental and symbolic purposes, as it still carries cheerful vibes in all of their meanings.

The number of orange roses you use can also display different meanings, especially if you’re giving them to someone you’re in love with.

For example, using a single orange rose or a smaller number of roses in general, such as 3 or 5, is usually a sign of mutual love that continues to grow.

On the other hand, including a large number of orange roses (more than 30) in bouquets usually means that you’re fully committed to the person you love and that you want to grow old with them.

What Are the Perfect Occasions to Gift Orange Roses?

As you can see from the previously discussed meanings, orange roses can be used on a plethora of occasions where their meaning holds up.

However, there are specific occasions where orange roses are more commonly used. These include:

The short answer to this question is “no”.

When it comes to “wild roses”, which is the botanical term that describes roses that occur naturally in the wild without any help from humans, they exist in limited shades of colors, which are mostly pink with a few red as well as white and yellow species.

With that said, gardeners and flower breeders have been experimenting with colored roses for centuries, which allowed the orange varieties of roses to exist nowadays.

In fact, there are now around 20 thousand hybrids of roses all over the world, with hundreds of different variants of orange roses.

How Do Florists Produce Orange Roses?

Now that you know that orange isn’t a natural color of roses, you might be wondering how florists produce these orange roses.

Although florists usually use natural dyes to color flowers and produce specific colors and hues, trials to develop orange roses date back to the early and mid 20th century.

Back then, florists tried to cross-breed species of naturally existing red and yellow roses in order to produce the orange cultivar using a wide range of techniques and methods.

The results of these experiments came out as a massive success, and today, there are hundreds of popular varieties of orange roses that can be grown in botanical gardens with various shades of orange, which range from pale shades of pastel orange all the way to ultra deep orange.

What Do Orange Roses Mean When Combined with Other Colors?

It’s also a great idea to combine orange roses with other colors to make your message deeper and more expressive.

For example, orange with red roses is a classic combination that means strong affection and desire for someone you romantically love while combining them with orange or pink flowers is an excellent choice for true friendship and good wishes.

White roses are also combined with orange roses to show feelings of attraction and strong chemistry between you and someone else.

Where Can You Find Orange Roses?

Orange roses are relatively easy to get because they’re commonly available in florist shops, botanical gardens as well as online.

In fact, you can even buy fresh orange roses online in a huge range of shades, such as these bright orange or these deep orange roses.

Wrap Up On Orange Rose Meaning

There you have it! A handy guide that walks you through everything you need to know about orange rose meaning.

As you can see, orange roses are most commonly associated with positive connotations like excitement, happiness, hope, strength, gratitude, and desire, so it’s always a happy incident when you send or receive them!

The symbolism of the orange rose may also vary whether you’re using a single flower or a bunch of flowers as well as when combined with other flower colors.