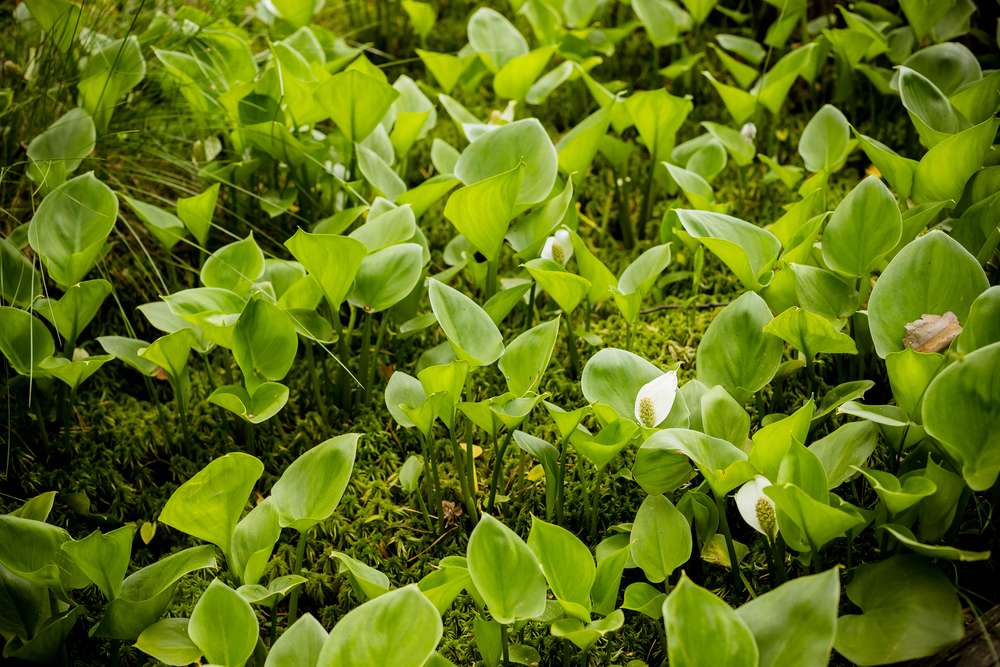 Calla Lily plants make for a wonderful addition to any flower bed as well as any potted plant collection. They have elegant, showy, vibrant flowers that are eye-catching, to say the least. If you grow such beauties, you might be wondering, “How to propagate Calla Lily plants? And just how easy is it?”

Calla Lily propagation can be done by splitting the tuber, also known as rhizome, into segments that can be individually planted. You can also grow Calla Lilies from seed, but it might take up to three whole years for flowers to blossom that way.

If you’re new to growing Calla Lilies and would like to know how you can make your collection of these breathtaking flowers thrive, keep reading!

How to Propagate Calla Lily Plants From Tubers?

The fastest way to propagate your Calla Lilies is from the tuber, which is the flower organ that supports roots, stems, leaves, and flowers. The tuber contains enough food and growing centers, called eyes, to start a new Calla Lily plant.

All you need to do is dig around your Calla Lily, separating the tuber from the ground. You can use a pitchfork to avoid breaking the roots. Once the tuber and soil are out, remove the soil to reveal the tuber segments.

Calla Lily tubers form clumps that have separation points, you can cut or break off the segments at those points. After that, leave the cut end to form calluses before replanting them in individual flower pots, or place them 6–12 inches apart in your flower bed.

You have to make sure your segments have at least one eye each because this is where the future stem and leaves grow. And when you place them in the soil or potting mix, put them down, eyes side up, for light to reach.

If you’re a beginner and want to avoid the risk or a dud segment, wait until the tubers grow shoots. After the first shoots appear, you can use a spade to split the rhizomes between them, then take out the segments and replant them in another pot or area in your garden.

When Is the Best Time to Propagate Calla Lilies From Tubers?

After your Calla Lilies are done blooming, the flowers will fade and the leaves will dry out and turn yellow. You can avoid energy stored in the tuber from being spent to form seeds by deadheading the flowers as soon as they fade.

Once all the leaves turn yellow, which happens around early to mid-fall, pinch or cut them off and dig out the tuber for dividing.

If you live in US hardiness zones 8–10, you can replant your Calla Lily tubers right away and leave them in the ground over winter.

If you live in zone 7, you can get away with that only if you add a protective mulch layer over the top to insulate the growing rhizomes.

Any cooler than hardiness zone 7, and you’ll have to store your divided tubers in a paper bag or box with some barely moist peat moss over winter. Leave them in a dry place, around 50℉, and check on them every so often. You’ll want your tubers still firm, with no mushy or shriveled spots.

When it gets warmer in early spring, and soil temperature reaches at least 65℉, take out your Calla Lily tubers. Replant them in individual pots or the garden with enough distance between them.

You should notice the first shoot appearing within two weeks. Flowers will take between 13–16 weeks to bloom depending on the cultivar, temperature, and sun exposure. Calla Lilies like the direct sun if you’re in a cool summer area, and partial shade if it gets too hot outside.

You should also check on the moisture level in your soil/potting mix. If it’s too dry, the Calla Lilies will be stunted and never reach their full potential. If the soil is waterlogged, you run the risk of soft rot attacking the tubers and stems, resulting in a mushy, droopy plant.

How to Grow Calla Lily Plants From Seeds?

Calla Lilies grow seeds inside a pod that grows from the flower’s stamen. They are quite tiny, around 2mm in diameter, and are stored inside kernels.

One way to remove the seeds is to separate the kernels while they’re still green, cut each one open and squeeze the seeds out. This can be quite messy since you’ll have to wear protective gloves. Calla Lilies are full of poisonous oxalates that can irritate the skin on contact.

Another method is to put the pod inside a paper bag in a cool, dry place. The pod will turn a tan brown and dry out, then you can squeeze the dried seeds out easily.

This is an easier method, but there’s the danger of the seed pod rotting instead of drying out if left around any warm moisture.

If you have the dried seeds and want to plant them, you should first put them in warm water or on a damp paper towel till they begin to germinate.

Once they sprout, transfer them to a flower pot damp, soilless growing medium with plenty of fertilizer. Cover the seedlings with around ¼ inch of the soilless potting mix.

Water them generously, but avoid getting the growing medium too soggy with poor drainage so the growing tuber doesn’t rot. Allow only two seedlings per flower pot so the roots have enough room to spread.

Growing Calla Lilies from seeds is relatively easy, but the plant will take several seasons before it starts to flower. In some areas, it might be up to 3 years before any blooms show.

In the meantime, take out your Calla Lily tubers and examine them after each season. If you notice the clumps getting bigger, divide them and replant them in different pots/garden areas. This can happen every 3–5 years, depending on the growing conditions.

Calla Lily plant growth gets stunted if their rhizomes are crowded, they become root-bound and have little yield the following season. However, you shouldn’t divide the rhizomes too much, or else you’ll get weaker plants that waste energy re-developing the tuber instead of growing and flowering.

Is Calla Lily an Invasive Species?

Calla Lilies are native to South Africa. They grow in the wild along river banks and mud marshes. However, since they were introduced as an ornamental plant, they’re known to be invasive in some areas, since the weather and growing conditions allow them to propagate unchecked.

In parts of California and the West Coast of the United States, Calla Lily, also known by its scientific name, Zantedeschia aethiopica, is recognized as an invasive weed.

Also in Australia, it’s considered a threat to pastures, since it’s poisonous to livestock that might graze on it by accident.

Make sure before deciding to grow your own Calla Lilies that you’re in a zone where they’re not an invasive species. It also seems the worst offenders are the unadulterated white Calla Lilies, not other cultivars.

Propagating Calla Lily plants can be done in two ways: by splitting the tuber/ rhizome, or by growing them from seeds.

Splitting the Calla Lily tuber is the faster propagation method since every piece of the tuber that includes an eye acts like a fully grown plant. Once the separate pieces are replanted, they start growing if the conditions are favorable.

Always look to plant your Calla Lilies after the last frost of the winter, when the soil temperature is above 65℉.

Place them in direct sun in the cooler months, and in partial shade if it gets too hot during the summer where you are.

Growing Calla Lilies from seeds is easy, but it’s a long process from germination to flowering. It can take up to three years before the first flower appears.

Just be patient, choose a suitable growing medium, and keep an eye on your plant as it grows.