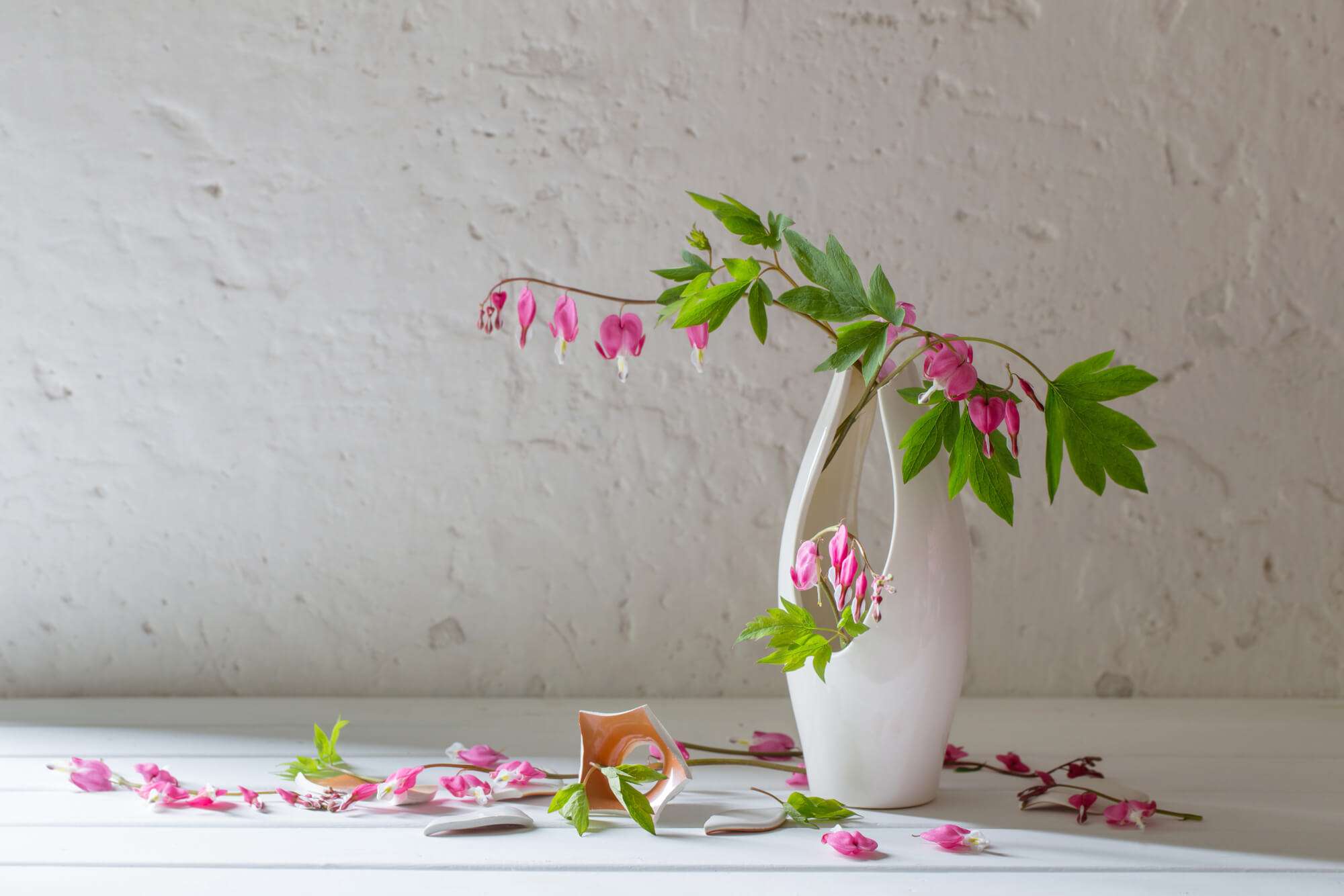 The Bleeding Heart plant is an herbaceous perennial that produces heart-shaped blooms that look like they are bleeding. These ornamentals are native to the temperate woodlands of eastern Asia and North America.

Bleeding Hearts have become a popular perennial in many gardens, particularly in areas similar to the plant’s native habitat. They are simple to grow and maintain.

They also add distinct beauty to any space. Luckily, these plants thrive in containers, making them suitable for indoor use.

If you want to know how to grow a bleeding heart plant in a container, in this article, we will provide you with a list of all the necessary equipment and materials, as well as a step-by-step guide. We will also look at the plant’s requirements for healthy growth, so be sure to stick around!

Step 1: Get the Necessary Equipment and Materials

Making sure you have all of the necessary equipment and materials on hand can help you complete this task quickly and easily.

Here is what you need to get:

Keep in mind that Bleeding Hearts are relatively large when mature, so they require plenty of room to grow and for their roots to stretch out.

That is why, when potting a Bleeding Heart, you should plant it in a large container that is at least 12 inches in diameter.

If, however, you are short on space, you can opt for a dwarf species like Dicentra Formosa. This species only grows up to 1.5 feet tall.

Bleeding Hearts thrive in rich, well-draining potting soil that contains plenty of organic matter. The goal is to create an environment similar to the plant’s natural environment so that it can grow and thrive.

Start by filling one-third of the container with a mixture of potting soil, organic matter, and perlite/coarse sand.

Next, add a layer of the slow-release fertilizer that will keep your plant well-fed for up to three months. Make sure to carefully read the instructions to provide the correct amount for the plant and container size.

Then, fill the container with the potting soil, organic matter, and perlite/coarse sand until there are one to two inches left.

Bleeding Heart plants are often sold bare root or as potted tubers. Both parts are planted the same way, so it does not matter which one you get.

The difference between bare roots and potted tubers is more about when you can plant them and how long it takes them to establish themselves in the soil.

All you have to do is place the Bleeding Heart on top of the soil and cover it with the remaining potting mix.

After patting down the soil, you must immediately water it. The water will help the roots establish themselves, eliminate air pockets, and reduce the risk of transplant shock.

Soak the soil’s entire surface until there is a small amount of standing water. Until the Bleeding Heart establishes itself well, you must keep the soil bed moist, but not soggy to avoid root rot.

If the soil dries out, the plant’s roots may get stressed, which is detrimental to the plant’s health.

Make sure to water the Bleeding Heart gently once a day at the soil level, not from above.

Bleeding Hearts are shade-loving plants, so you should place the container somewhere that’s shaded or receives filtered sunlight.

While they can tolerate full sun for a couple of hours, it can affect their flowers. Bleeding Heart flowers may disappear if exposed to too much sun or heat.

With proper care, a Bleeding Heart can grow for four to five years in a large container before it needs to be divided and repotted.

Bleeding Hearts are generally not demanding and can still grow beautifully in most environments.

That said, providing a Bleeding Heart with ideal conditions can increase its growth rate, improve its health, and even make its colors more vibrant.

In nature, Bleeding Hearts grow shaded by the canopy of large trees. This location is what allows them to produce early bloomings in the spring while the tree branches are still bare. It also helps them stay protected from direct sunlight during the hottest months.

As a result, your Bleeding Heart in a container should be kept in partially shaded areas.

You can expose your Bleeding Heart to the early morning sun, but beyond that, the plant must stay in the shade.

Bleeding Hearts thrive in temperatures between 55 and 75 degrees Fahrenheit. They’re also quite tolerant of high humidity so long as they don’t sit in sodden soil.

One interesting fact about Bleeding Hearts is that they begin to change color and turn yellow as the weather warms and the summer heat intensifies. This is just their way of storing energy for the winter and getting ready to go dormant.

Bleeding Hearts can be high-maintenance when it comes to watering. As a rule of thumb, these plants can’t tolerate dry soils in the summer or wet soils in the winter.

Throughout the summer and warm weather, Bleeding Hearts will need about an inch of water every week. They need their soil to stay moist at all times, but not sodden.

However, in the winter, watering should be reduced to avoid oversaturating the soil. You still want to keep the plant’s soil moist, but because it takes longer to dry in the winter, you don’t need to water as much.

Watering a Bleeding Heart well in the spring can delay the plant’s dormancy period to late summer or early fall.

Most importantly, if the humidity is high, make sure that the plant’s soil isn’t too wet, or you risk the development of several diseases that thrive in shade and humidity.

When Bleeding Hearts finish flowering for the season, they start to go dormant and their leaves turn yellow, potentially falling off.

You don’t need to prune or deadhead your Bleeding Heart flowers because they may bloom more than once.

What you can do is prune its foliage to give the brown mass some shape. Pruning can also help the Bleeding Heart grow fuller the following season.

Slugs and snails may consume new growth, but there aren’t many pests that bother Bleeding Hearts.

On the other hand, Bleeding Hearts are susceptible to fungal diseases such as powdery mildew, leaf spot, and root rot. Fortunately, if the plant is not overwatered, all of these fungal pathogens can be avoided.

Bleeding Hearts contain isoquinoline alkaloids, which are toxic to humans and animals. As a result, they shouldn’t be ingested or come near the skin.

Consuming any of the stems, flowers, leaves, roots, seeds, or sap can result in stomach aches, diarrhea, and vomiting, among other serious side effects.

If Bleeding Hearts come into contact with skin, they can cause skin irritation. As a result, when working with Bleeding Hearts, it’s best to wear gloves and other protective gear.

In Conclusion: How to Grow a Bleeding Heart Plant in a Container

Bleeding Hearts are stunning plants with unusually shaped flowers that’ll catch anyone’s eye. They can grow and thrive both indoors and outdoors if the proper conditions are met.

A Bleeding Heart plant prefers cool temperatures, partial shade, and well-drained, moist soil. At the end of its growing season, a Bleeding Heart will start to lose its flowers and leaves to enter a state of dormancy. Then, the flowers bloom again in early spring.

Now that you know how to grow a Bleeding Heart plant in a container, it’s time to start planting your own! Just remember to keep the plant away from children and pets.