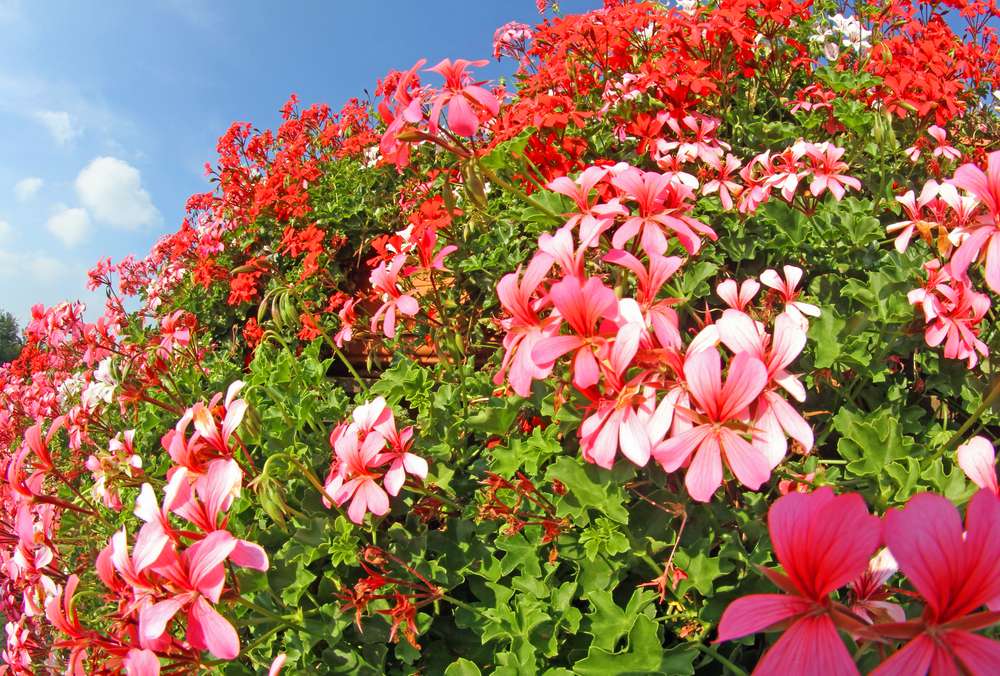 Words aren’t always the best messengers of meaning. Sometimes, we say a lot of things just to dodge a subject we’re too shy to talk about. Sometimes, the words just don’t come out. And sometimes, it’s much nicer to express a feeling through gestures, rather than to articulate it, for example, by using the language of flowers.

One of the nicest flowers around us is geranium. It’s in our gardens, adorning all flower shops, and it’s even available as jewelry items.

So what’s the geranium flower meaning? This flower symbolizes multiple things, and some of them are contradictory! The most common interpretations are good wishes, happiness, and friendliness. The oddest is folly.

In this article, we’ll explore all the different meanings of geranium, old and new. Each color and type of geranium has a specific association, so it’s best to know more about them before giving these flowers as gifts.

What Are True Geraniums?

Currently, there are two genera of geranium; one is considered the ‘true’ genus and holds the name ‘Geranium Spp.’. It has around 380 species and cultivars, and it was originally found in South Africa.

The other type, that’s also commonly called a ‘geranium’, is the Pelargonium. It was considered a different genus around 250 years ago. It has about 280 species; interestingly, it’s still called geranium!

Both types of geranium belong to the Geraniaceae family. They’ve spread all around the world, but mostly, in warm areas. Geraniums favor the hardiness zones 9-12, and they’re often planted as perennials.

Some species of true geraniums can also tolerate the colder climates in zones 3-8, but these are often annuals and they usually require special care.

Where Does the Name ‘Geranium’ Mean?

The name ‘geranium’ comes from the Greek word ‘geranos’, which roughly translates to ‘crane’.

The geranium flowers have the peculiar manner of forming twisted pods as they reach the seed formation stage. These pods resemble a crane’s bill, and so they got their name from that association.

Some people still refer to geraniums as crane’s bill flowers. This is an interesting persistence of the classical meaning.

The Meaning of Geranium Flower Types

Geranium has many popular types. Each one of them has evolved its own meaning over the years.

The basic shrub or herbal structure of geranium plants, and the rich heads of colored flowers are pretty common in geraniums. They’re among the most popular flowers used as coverings for large areas, as well as bordering lawns, houses, or fences.

Geraniums are also popular as potted plants out on the porches, in greenhouses, or inside homes, if there’s enough natural light.

Here are the most common types of geraniums and what they really mean.

Ivy geraniums, or P. peltatum, which are also known as the hanging geraniums, are delicate flowers with scented leaves.

These geraniums are quite popular as bridal favors. They’re believed to bring good luck and help make a new beginning in life happy and prosperous.

Oak leaf geraniums are gorgeous pink flowers that belong to the second branch of the geranium genus, Pelargonium quercifolium. They have bright pink colors with darker pink markings n the petals. The leaves are thick with a velvety texture and a beautiful subtle scent.

These geraniums symbolize strong connections and meaningful relationships. They are a perfect gift between lifetime friends or special persons.

Lemon-scented geraniums, or Pelargonium graveolens, look quite similar to oak leaf geraniums. The main differences are in the leaves and the growing conditions of each.

Lemon-scented geraniums have a pungent citrusy smell that comes mainly from the leaves. It grows primarily outdoors as it needs plenty of light, so it’s not recommended to keep it indoors as a potted plant.

This geranium represents being out in the world, having adventures, and meeting strangers. It represents the unexpected and the exciting things in life.

The horseshoe geranium, Pelargonium zonale, is also nicknamed the zonal geranium. Back in the 19th century, these flowers grew only in the warm land of South Africa and were impossible to cultivate in Europe.

Bringing them over to Europe all that distance often made the flowers wilt. And the ones that survived looked much too delicate to be used in bouquets or as decoration. From that point on, the horseshoe geraniums were associated with folly.

It’s an underserved trait though, as these plants managed to grow and thrive in various parts of the world.

The Meaning of Geranium Flower Colors

Geranium colors have meanings that are quite as interesting as the ones associated with the different species. Thus, as you think about the right type to plant or gift to someone, it’s essential to be mindful of the meanings inherent in colors as well.

Geraniums usually come in single solid colors. The most common are pink, red, white, and purple. Blue geraniums are rather rare and special. Here’s what each one of them signifies.

In many classic fairy tales, these bashful flowers were used in making love potions. They were supposed to get the attention of someone who’s not yet aware of how you feel. In most of these stories, the potion works, but the next incidents rarely unfold as expected!

Red is often the color of romance and passion, however, in the case of geraniums, it’s more of an indication of warmth.

Many people plant geraniums around their houses, and in front of their doors, as a way of welcoming visitors. These flowers actually look quite joyful and vivacious, so having them beside the entrance is a lovely idea.

As for gifting a red geranium, this is generally perceived as a gesture of goodwill. You can give it to a work colleague, a neighbor, a friend, a family member, or to someone special. It doesn’t really have romantic nuances, so it’s a suitable gift for almost everyone.

Giving a potted geranium to someone is a nice gesture that’s intended to make them feel welcome. Thus, it’s perfect for someone who has just moved into a new house.

Some people think of white as a neutral and cold color. This might be true to some extent, but white is also the color of bridal celebrations, purity, and new beginnings.

In some mythologies, white geraniums were believed to scare away serpents. That’s why many people like to plant them in their gardens.

Sending someone white geranium can mean a lot of things! But most of all, it signifies that they are special to you.

These are special kinds of geranium flowers. They have a tone that’s a mix of baby blue, lilac, and grey. The Johnson’s Blue geranium is a true beauty. Having it around inspires serenity and peacefulness.

If you want to extend these feelings of calm and quiet contentment, you can share blue geraniums with a special person.

Purple is a complex and rather mysterious color. It’s also associated with riches, nobility, and extravagance.

A garden with purple geraniums reflects good taste and an inclination for glamor. You can combine a purple geranium flower bed with other colors for even more impact and contrast. White goes best with it, so you might want to try that.

Sending purple geraniums to anyone is totally permissible. Its main messages are admiration and adventure.

Geraniums are gorgeous flowers that splash color and spread a nice unobtrusive scent all around your garden.

The different meanings of geraniums match their many colors and various species. Mostly, they have positive associations and express all kinds of sweet sentiments. Mainly, they send clear messages of friendship, caring, and serenity.