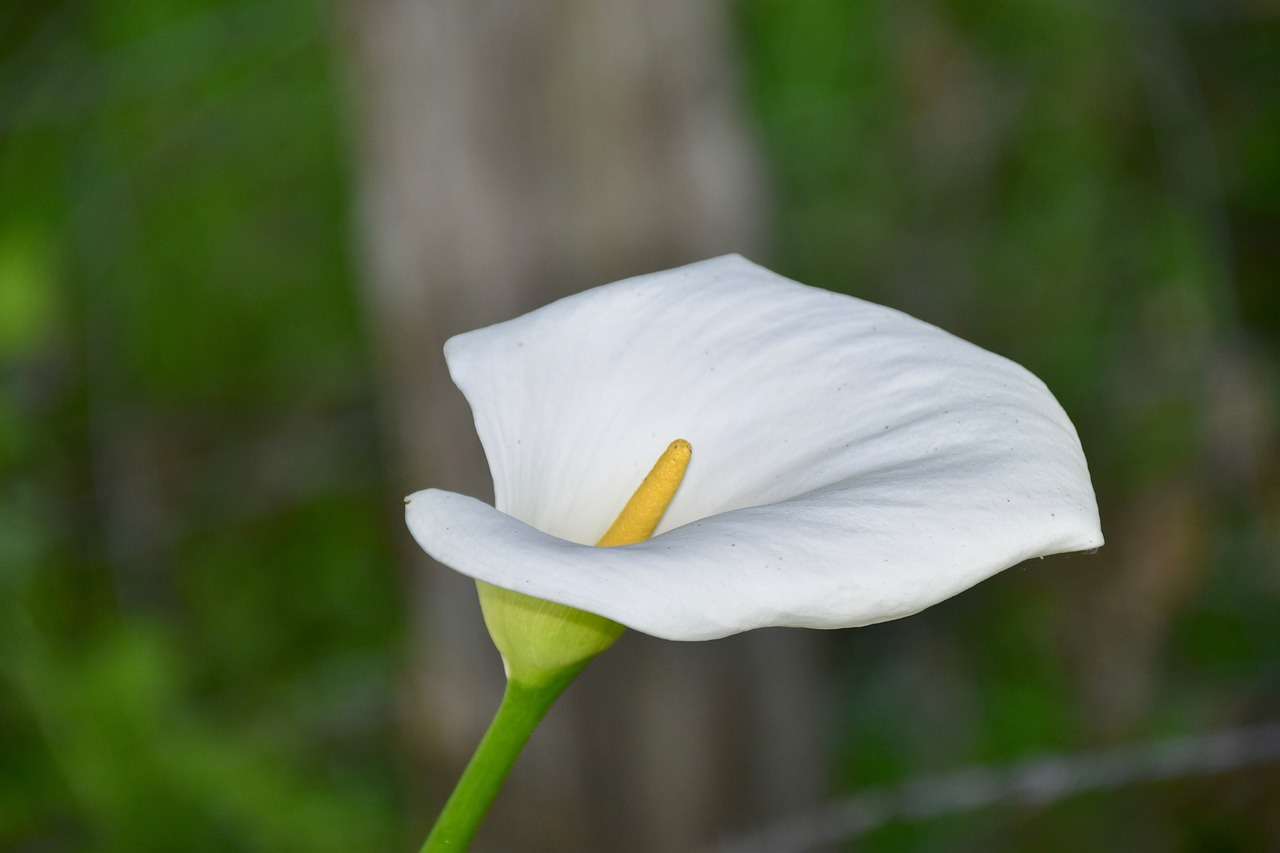 Although mostly sold as bouquets and decorations, calla lilies can be purchased as garden plants and houseplants. But since they’re not your usual backyard plants, not a lot of people know what their sun requirements are. This begs the question: do calla lilies need full sun?

In cool summer months, calla lilies need full sunlight to grow at their most glorious. In hotter months, they grow best in indirect, partial shade, so they don’t burn under the sun’s harsh glare.

This article discusses everything you need to know about calla lilies’ sun and temperature requirements, including the ideal temperature it needs to bloom.

Calla lilies (Zantedeschia aethiopica) are sun-loving plants. They’re native to some of the warmer parts of Southern Africa, specifically Swaziland, Lesotho, and Mozambique, where summers reach up to 90°C in the lowlands. So, it isn’t surprising that their native flowers grow their best under full sunlight.

In cool summer months, with temperatures ranging from 50°F to 75°F, calla lilies should be placed under full but indirect sunlight.

When warmer months come around, they should be moved to a partially shaded location so as to not burn their leaves. Unless planted halfway out of a pond, they don’t do well under the blazing sun.

Is There Such Thing As Too Much Sun?

In general, plants suffer if given too much or too little sunlight. The same goes for calla lilies. They need equal amounts of water and sun to thrive; if denied one or the other, they won’t grow as they should.

Calla lilies that receive too much sun become unhealthy and weak. When placed under intense sunlight, they’re forced to absorb more energy than they can handle, causing them to generate reactive species of oxygen that can potentially kill them.

Some of the biggest symptoms of sun overdose in calla lilies are as follows:

Calla lilies may likewise suffer when they’re not given an adequate amount of light. If placed in fully shaded areas, they may eventually lose their color and die.

Common signs of lack of sunlight include:

Can You Save Sunburnt Calla Lilies?

Calla lilies love sunlight, but as with most sun-loving plants, moderation is key. If you place your calla lilies in direct sunlight for extended periods of time, they may get sunburnt or scorched, causing them to turn brown and drop.

Unfortunately, sunburnt calla lilies won’t return to their original color even after you put them in a shaded spot or give them extra water. There’s no reversing damage done by the sun. The only solution here is to pluck off or trim the damaged leaves or flowers to preserve their aesthetic value.

To prevent further sun damage, move the calla lilies to a shadier location. However, make sure they still receive a decent amount of sunlight so they won’t droop.

If you’ve lost a lot of leaves due to sunburn, the affected plant won’t need as much water as it did before. Thus, cut back on the watering until new leaves begin to develop. The same is said with fertilizer; you can apply the same amount, but apply it less frequently.

Most importantly: learn from your mistakes. Calla lilies can’t regrow the lost foliage every time they get burnt. At some point, they’ll be too weak to regenerate. Prevention is key. If your calla lilies wither under full sun, they’re best placed in partial sunlight.

How to Prevent Calla Lilies From Getting Sunburnt

The best way to prevent sun damage is to slowly acclimate your calla lilies to the sun. This is especially true if you’re bringing them home from the flower shop or you’re moving them outside from the summer.

Even though calla lilies are sun-loving plants, they need to slowly build up to brighter sun exposure. This process is called hardening.

Hardening, or hardening off, is a transitional process in which a protected indoor or greenhouse plant is transferred to harsh outdoor conditions of full sun exposure, fluctuating spring temperatures, and wind. Think of it as building immunity to the sun.

To harden off calla lilies, place them outside in the full shade for several days, two hours a day.

Over the next two weeks, gradually increase the plant’s sun exposure outdoors until you either reach the six-hour mark or until your calla lilies remain outdoors full time.

How Much Water Do Calla Lilies Need?

As much as they love the sun, calla lilies aren’t drought-resistant.

In the wild, calla lilies grow near ponds, streams, around the edge of water gardens, and other areas where moist soil is abundant, allowing them to fully soak under the warm sun without drying or burning out.

To replicate their natural environment, keep their soil moist at all times. The longer your calla lilies are out in the full sun, the more water they require, especially during hotter climates.

If you accidentally overwater the plant, drain the excess liquid straight away. Calla lilies shouldn’t sit in water for more than 15 minutes, lest they experience water damage. They absolutely don’t tolerate saturated, poorly drained soil.

Before transferring your lilies in the soil, do a soil test:

Calla lilies don’t require as much water during late fall, as this is when they enter a state of dormancy (i.e., inactivity and reduced metabolic rate). During this period, calla lilies stop blooming and their leaves turn yellow.

Let the plants gradually enter dormancy by cutting back on the watering. Resume their regular watering schedule when their dormancy period ends, which usually takes two to three months.

What Happens If You Overwater Calla Lilies?

Overwatered calla lilies experience the same nuances as calla lilies that are left out in the scorching sun for too long: they lose their color, catch diseases, and die.

If you overwater your calla lilies for extended periods of time, they become susceptible to an array of bacterial diseases and fungal infections.

In most cases, overwatered calla lilies become infected by fungal pathogens such as Phytophthora, Fusarium, and Pythium, all of which contribute to the deadly root rot.

Root rot is a plant disease that’s mostly caused by waterlogged soil. It attacks the roots of plants, causing them to decay. If the entire root system is affected, there’s little you can do to save the plant.

Signs of root rot in calla lilies are as follows:

Calla lilies require approximately six hours of full sunlight a day to bloom at their fullest, but only during cooler summer months. During hot summer months, calla lilies should be placed in a partially shaded location so they won’t get sunburnt.

If you’re raising calla lilies as houseplants, place them near a sunny window so they can soak in the glorious rays of the sun from dawn to dusk. Just make sure they’re not facing the sun directly.