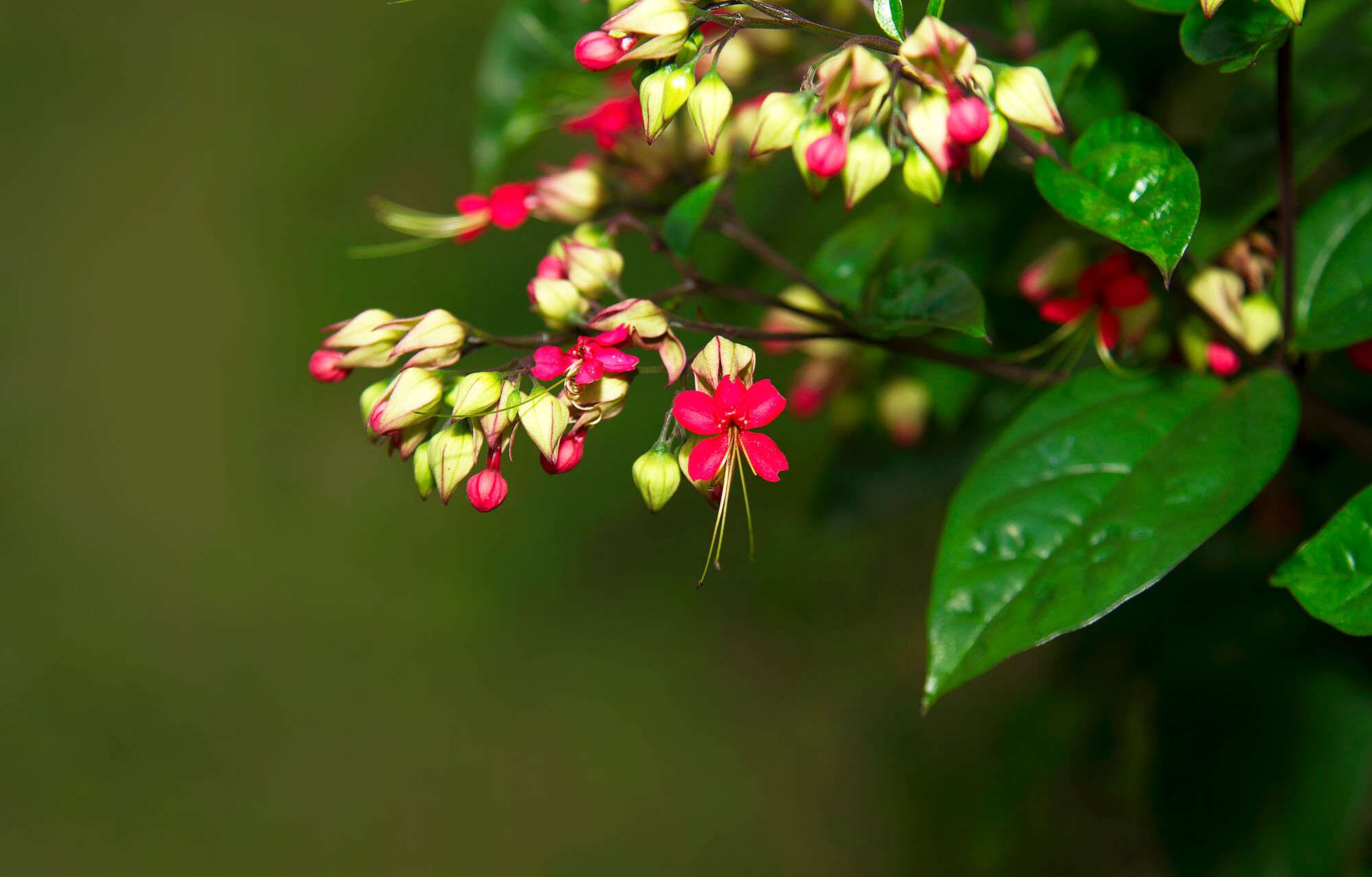 Bleeding Heart plants come in many hues: solid pink, white, a mix of pink and white, or a mix of white and red. But do bleeding heart flowers change color? I’ll cut to the chase…

Bleeding Heart flowers can change color due to several factors, including rare mutations, an expressed recessive gene, cross-pollination, self-sowing, or pH fluctuations in the soil. Still, this phenomenon is uncommon, and most Bleeding Hearts will bloom the same color every time.

In this article, we will dive deep into all of the possible reasons for Bleeding Heart flowers to change color. We will also take a look at whether you can change the flowers’ colors yourself or not, so be sure to stick around!

The most likely cause of a sudden change in flower color is cross-pollination. It happens when insects or wind carry pollen from one flower to the pistils of another flower.

The resulting seeds from this process combine the genetic material of the two flowers and may display characteristics of either plant or become a new variety.

If you have multiple species of Bleeding Hearts that are all at the same development stage, there’s a small chance that two different flowers will cross-pollinate. As a result, one color may take over the Bleeding Heart flowers.

Keep in mind that this method is merely a possibility, but the results of cross-pollination are hard to predict.

Bleeding Hearts, like any other plant, get most of the nutrients they need to grow and thrive from the soil. The proper soil pH allows plants to absorb nutrients from the soil more easily and quickly.

Fluctuations in the pH levels of the Bleeding Heart’s soil can cause a sudden flower color change, which can possibly affect the flowers’ color

For example, soil pH fluctuations affect how much aluminum Hydrangea flowers can absorb from the soil. Hydrangea blooms change color depending on the presence or absence of aluminum compounds.

On one gardening forum, one gardener reported that when she transplanted her deep pink Bleeding Hearts, they produced white flowers.

Many people may attribute this sudden change to an expression of a recessive gene or a mutation. However, given the circumstances, this flower color change was most likely influenced by soil pH level fluctuations.

If this same plant suddenly begins to produce pink and white flowers, it is possible that the recessive gene responsible for the pink pigment has been triggered.

Any changes in a plant’s environment can trigger the recessive gene, which can possibly make the Bleeding Heart produce different colored flowers.

Alternatively, after enough generations, a pink-colored Bleeding Heart may inherit the recessive gene for white-colored flowers from both its plant “parents,” which can trigger the gene.

Your pink-flowering Bleeding Heart will produce white flowers this season but may revert to pink flowers the following season.

Mutations in plant genetic order occur randomly due to a variety of reasons, including:

Whatever the reason, mutations can completely change a plant’s stems, foliage, fruit, or flower color.

There have been numerous studies that look into mutations in Bleeding Hearts as well as other flowers that suddenly change flower color.

Depending on the type of mutation, a Bleeding Heart flower may change color completely or change a few petals. Sometimes, the mutation may even cause the flowers to lose their colors completely.

In most cases, the mutant plants return to their original color the following season. That’s why it’s not a bad idea to leave the plant alone.

Some professional gardeners and plant enthusiasts may even attempt to propagate the mutated Bleeding Heart flowers in order to cultivate a new variety in their gardens.

Some plants drop seeds at the end of their growing season and, technically, plant themselves. There are Bleeding Heart species that self-sow, and yours could be one of them.

It’s extremely unlikely that a self-sowing plant will change its characteristics. However, in rare cases, a “daughter” Bleeding Heart may produce different colored blooms than its parent for any of the reasons listed above.

At the end of the day, if your Bleeding Heart suddenly chooses to bloom a different color, you should enjoy the new change in scenery.

This phenomenon is incredibly uncommon, and there’s no way for you, a non-scientist, to know exactly why it happened. Isn’t it beautiful, though?

If your Bleeding Heart pink flowers are suddenly turning fully or partly white, you should inspect them for a coating or layer of white substance.

With a pair of gloves, take a close look at those new white flowers. If they’re infected with powdery mildew, they’ll have splotches of white talc-powder-like dusting.

While this fungal pathogen typically attacks the leaves, it can infect the flowers. Luckily, it’s not life-threatening to the plant. You just need to limit the infection.

Use pruning shears to remove the infected flowers. Then, every seven to fourteen days, spray your plant with a fungicide to prevent fungal spores from growing.

Your Bleeding Heart should continue to produce pink flowers as usual.

Some viruses can infect plants and change the color of their flowers, even adding stripes and spots.

Even though there haven’t been any confirmed cases of a virus infection causing Bleeding Hearts to change colors, it’s not completely ruled out.

Most of the time, those viruses aren’t detrimental to the plant’s health, so there’s no need to worry.

Unfortunately, there’s no known straightforward method that you can employ to change the colors of Bleeding Heart flowers.

You can experiment with changing the pH of the soil or even cross-pollinating your Bleeding Heart plants, but the truth of the matter is that there’s no guarantee either method will work.

On the off chance that you do try any of those two methods and your Bleeding Heart flowers change color, you should consider yourself incredibly lucky!

There hasn’t been a documented case where someone attempted and succeeded in changing Bleeding Heart flowers. That said, there is always the possibility that one method works one day.

One thing to keep in mind is that Bleeding Heart flowers come in pink, white, red, or a combination of these colors.

Blue, purple, or black Bleeding Heart blooms, on the other hand, don’t exist, so be wary of scammers who try to sell seeds of “blue,” “black,” or “purple” Bleeding Hearts.

Overall, Bleeding Hearts are plants that are beautiful to look at. They produce uniquely shaped blooms that are often solid pink, solid white, a mix of pink and white, or a mix of white and red.

In some cases, a Bleeding Heart plant may produce flowers that have a different color than what it produced before. This phenomenon can happen for several reasons, but what is important is to remember that it rarely happens.

Bleeding Hearts are still fascinating plants, whether or not they produce different colors each time they bloom. They are also relatively hardy and easy to care for, so you should consider bringing a Bleeding Heart into your home or garden.