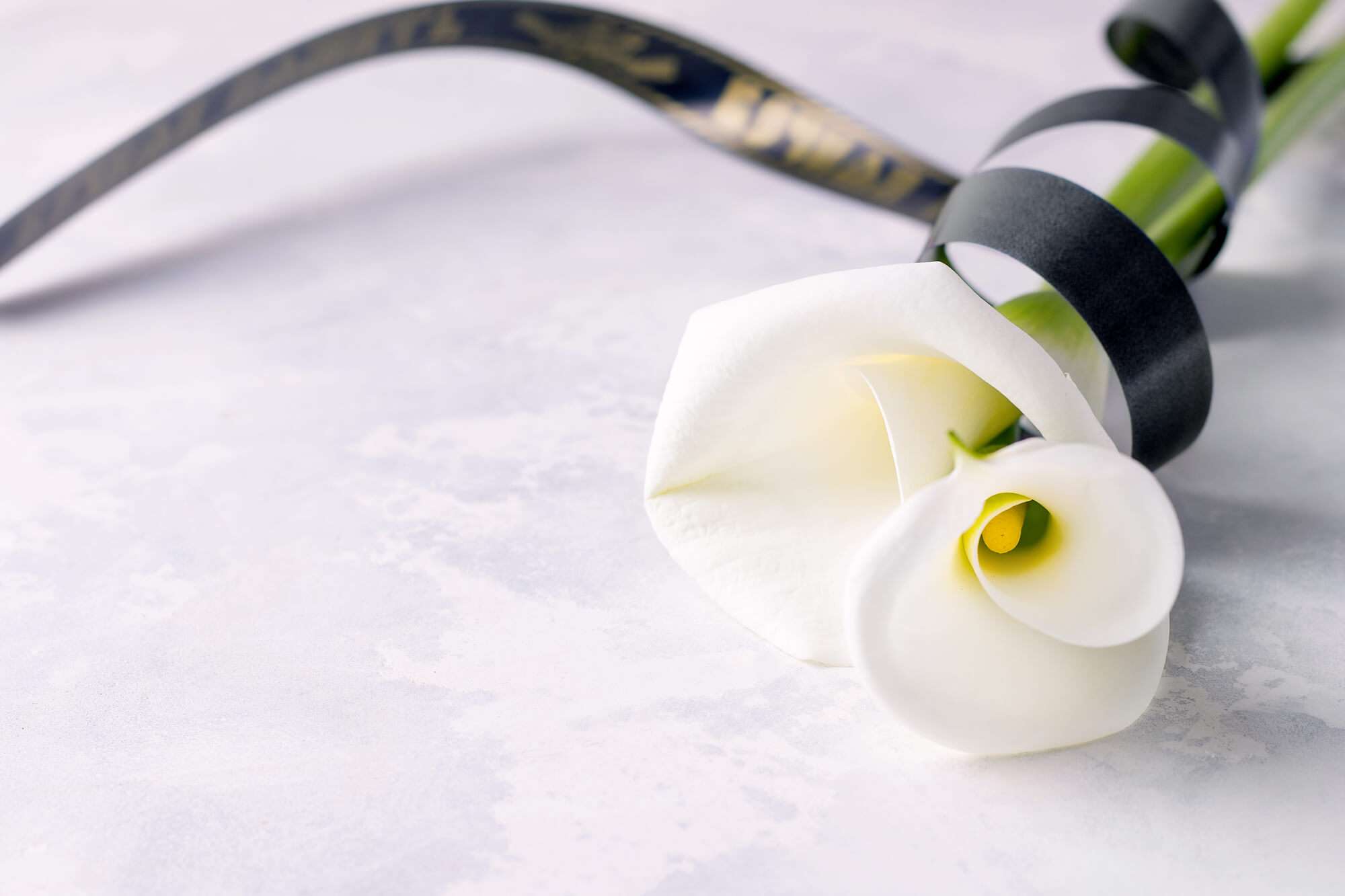 Calla Lily spiritual meaning can be hard to decipher. In this article, I’ll explain where the flower’s name comes from and what it signifies in various religions and historical contexts. So, keep on reading to learn more about the gorgeous calla lily.

What Does the Name of Calla Lily Come From?

The name calla lily comes from the Greek word calla, which means beauty. Despite its name, this flower isn’t really a lily, and the two flowers don’t belong to the same family.

These flowers belong to the Zantedeschia genus and grow originally in South Africa; and just like other false lilies, they just share the trumpet shape of the bloom but nothing else.

What is the Myth Behind Calla Lilies?

According to the Greek legend, the God Zeus had a son with a mortal woman and called him Hercules. Then, he took him to his wife, Goddess Hera, hoping that she would give him her powers by nursing him.

Baby Hercules drank from her milk while she was sleeping, but she pushed him away when she woke up. So a few drops of her milk dropped. Those that ended up in the sky made the Milky Way, and those that ended up on the ground grew into the breath-taking calla lilies.

However, the Roman Goddess of love, Venus, grew jealous because of the beauty of lilies, and she wanted to curse them. So, she put the yellow pistil in the middle of the flowers, growing the beautiful calla lilies as we know them today.

What Is the Spiritual Meaning of Calla Lilies?

In ancient cultures, calla lilies had different meanings. The phallic-like structure in the middle of the flower has been linked to fertility and birth, and this is why Ancient Egyptians valued this attractive flower. The Romans also valued this flower and linked it to sexuality.

However, these blooms began to have a new meaning over the years. Despite the Greek myth, calla lilies signify purity and holiness, so they’re usually depicted in the images of the Virgin Mary and those that show Christ’s resurrection.

The bloom has a trumpet shape, which is linked to Christ’s triumph over death, so the flowers are usually used around the celebrations of Easter. They’re also used in floral wedding arrangements to signify new beginnings and hope after difficult times.

What is the Meaning of Calla Lilies in Dreams?

When flowers appear in your dream, it could be your subconscious sending you a message. These flowers can tell you that joyful times are coming after difficult times because they’re linked to purity and celebrations.

However, these flowers have other meanings. For example, they could signify an ending or the death of a relationship or a person. They can also be a message from the spiritual world that only you can understand.

If you touch a calla lily in a dream, this might signify that you’ll heal and you’ll find a solution to your problems. A closed calla lily bloom that doesn’t open can signify an ending.

What Do the Different Colors of Calla Lilies Mean?

Calla lilies are originally white or cream, but different hybrids come in more colors. Each color has a different spiritual meaning.

What Are the Traditions Associated with Calla Lilies?

Several traditions are associated with calla lilies, linked to their legend and religious meanings. And just like lots of flowers, these blooms are used to express feelings and are currently linked to several occasions and events.

Calla lily flowers grow in marshlands where water is abundant, so they’re linked to the Water Element. As a result, they’re strongly linked to emotions. This is why they’re usually used in events and occasions where emotions are strong, like weddings, funerals, and birthday celebrations.

Because they bloom in springtime, calla lilies are used in flowers to signify rebirth and renewal, so they’re used in bouquets to send a message that the difficult times are over and that there are new beginnings on the horizon.

These flowers, especially the white ones, are used in wedding bouquets and flower arrangements to signify purity, devotion, and divinity. The bride can carry a bouquet of calla lilies to signify that the union is blessed. They can also be used to signify the celebration of the sixth wedding anniversary.

Moreover, calla lily flowers are also used in funerals. The flowers are linked to purity and can signify the purity of the departed soul and that it’s left to a pure realm. They also show sympathy and love for the family of the deceased.

On What Occasions Should You Send Calla Lily Blooms?

Calla lilies come in various colors and can be sent on several occasions. Here are some examples of the occasions where these flowers would be appropriate and the colors to choose.

The legend behind the creation of calla lilies goes back to Ancient Greek mythology. Over centuries, these beautiful flowers have been valued and praised in several civilizations and religious traditions.

Calla lilies come in different colors, and each one of them carries a significant message. This is why you need to think carefully about the message you’re trying to send if you want to send a bouquet of calla lilies.