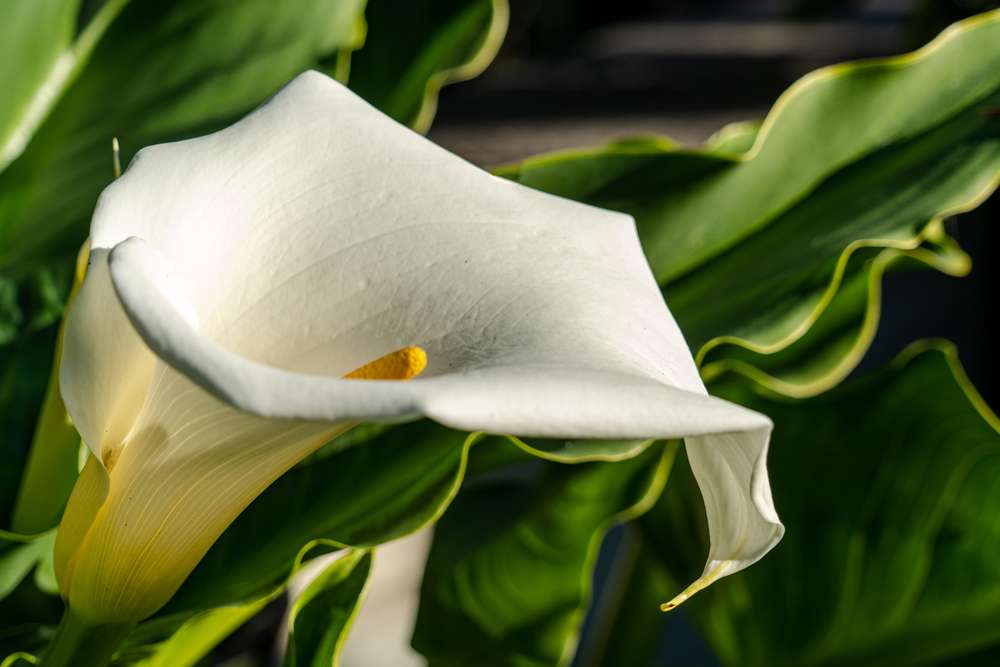 Calla Lilies are among the most beautiful plants your eyes will ever see. They’re seen in bridal bouquets, weddings, or as decorations in other formal events. Ever wondered how Calla Lilies reproduce? This article will cover all you need to know about Calla Lily reproduction.

The reproduction of Calla Lilies happens in five steps. It all starts with the formation of the spandex, followed by pollination, fertilization, and the formation of pods and seeds. The process ends with seed dispersal.

Read on to learn more.

Calla Lilies are tropical plants native to South Africa and Malawi. The plants somehow made their way to Europe and are now found on almost all continents.

The elegant Calla Lily grows in USDA hardiness zones 8-10. It’s a perennial plant in areas with mild winters and no frost. However, in colder areas, the plant is treated as an annual.

Although it’s named Calla Lily, it’s not actually from the Lily family. This is a mistake a Swedish botanist made in the eighteenth century.

A German botanist later realized the mistake and, finally, Calla Lilies were identified as a member of the Araceae family with their own genus, Zantedeschia. However, the plant is still known by the name Calla Lily and is still mistaken as a Lily.

People love Calla Lilies for many reasons. The plant is extremely beautiful and elegant with its trumpet-shaped flowers. It also comes in many colors and all of them are beautiful.

The plant is also easy to plant and maintain. If you can provide it with rich, well-draining soil and plenty of water and sunlight, you’ll have this plant blessing your garden or home for years and years.

Since we’re talking in this article about Calla Lily reproduction, we first need to get to know the different parts of a Calla Lily.

You know the beautiful trumpet-shaped flower that we all love? It’s a false flower. It’s actually called the spathe.

The spathe is a bract, which is a modified leaf. It takes the shape of petals and has beautiful colors.

What the spathe does is that it protects the spadix inside, which we will talk about in a minute. The spathe also attracts pollinators with its beautiful colors.

Now that you know that the spathe is a fake flower, what is the flower part on Calla Lilies?

The flower part of a Calla Lily is the spadix. It lies inside the spathe for protection. It looks like a yellow spike in the middle of the Calla Lily spathe.

Calla Lily is a monoecious plant. This means that it has both male and female flower parts on the same spadix.

The male flowers lie on the tip of the spadix, while the female flowers lie at the base. The flowers are tiny and hard to be seen by the naked eye. These are non-blooming flowers.

The leaves of Calla Lilies are like the leaves you see on all plants. Nothing special about them. They’re dark green and have feathery veins.

Calla Lily leaves take different shapes and sizes according to their species. They can also be decorated with spots that differ in shape from one species to another.

Before we jump on to the reproduction process, we have to explain what the term ‘reproduction’ means in the world of plants.

Reproduction in plants means to bloom and produce fruits and seeds. So, when we talk about the Calla Lily reproduction process, we mean the process of producing the seeds.

Now that you know the different parts of a Calla Lily plant, it’ll be easier to understand how Calla Lilies reproduce.

Calla Lilies reproduce like any monoecious plant. We can sum up this process in five steps:

Steps 1: Formation of the Spadix

As we mentioned earlier, the spadix is where the actual flowers of a Calla Lily are found.

The flowers don’t become ready for reproduction unless the spathe is fully opened and the spadix is mature. This phase takes a few days. Three days for the spathe to emerge, and six days to fully unwind.

The female parts of the spadix are called pistils. Each pistil consists of an ovary that contains the ovules, a stalk called style, and a sticky tip called the stigma.

Once all these parts are fully mature, the reproduction process starts.

You probably have an idea of what pollination is, but here’s more in-depth information about pollination in monoecious plants like Calla Lily.

The pollination process starts with the male parts of the flower producing their pollen. Then, the anthers secrete their pollen and it becomes visible from the pores.

Now, all that the Calla Lily needs to do to complete the pollination process is to transfer the pollen from the male parts to the female parts of the flower. This is done in multiple ways.

The pollen can be spread by wind, insects, hummingbirds, and moths. The most common way is that the pollen attaches to the backs of many insects, such as beetles.

These insects get attracted to the Calla Lilies because of their beautiful, colorful spathes and their appealing scent.

This, in turn, leads insects to unintentionally transfer the pollen from the anthers to the stigmas of the female parts. The stigmas secrete a sticky substance that allows the pollen to attach to them.

When the pollen sticks to the stigma of the female part of the flower, the pollen tubes begin germinating towards the egg cell.

Step 4: Formation of Pods and Seeds

This is the step after the fertilization of the egg cell when the fruit development starts. Yes, Calla Lilies do produce fruits!

If you know the process of planting Calla Lily seeds, you know what part is the fruit. However, if you’ve never grown Calla Lilies from seeds, this information might be new to you.

Do you see the berry-like part that has a green color and grows inside the spathe? This is the fruit of the Calla Lily.

After the fertilization is successfully done, the ovules start developing into tiny seeds.

While the ovaries develop to become the pods that contain the seeds. That’s when the spathe starts browning and dying.

When you open the Calla Lily seed pods and take those seeds to prepare them for planting, you’re participating in the seed dispersal process.

If this process isn’t done by a human, the plant can still make it by itself. When the seeds of Calla Lilies become fully ripened, the pods open and spread the seeds on the ground.

When the foliage and the spathe start withering and dying. The pods get closer to the ground making it easy for the plant to disperse the seeds.

The seeds start germinating to produce new Calla Lilies only if the soil and weather conditions are right.

The reproduction process of Calla Lilies is fascinating. You get to learn many new things about these beautiful plants growing in your garden.

Now you know the right names for the parts of your Calla Lily plants and know which does what in their life cycle.