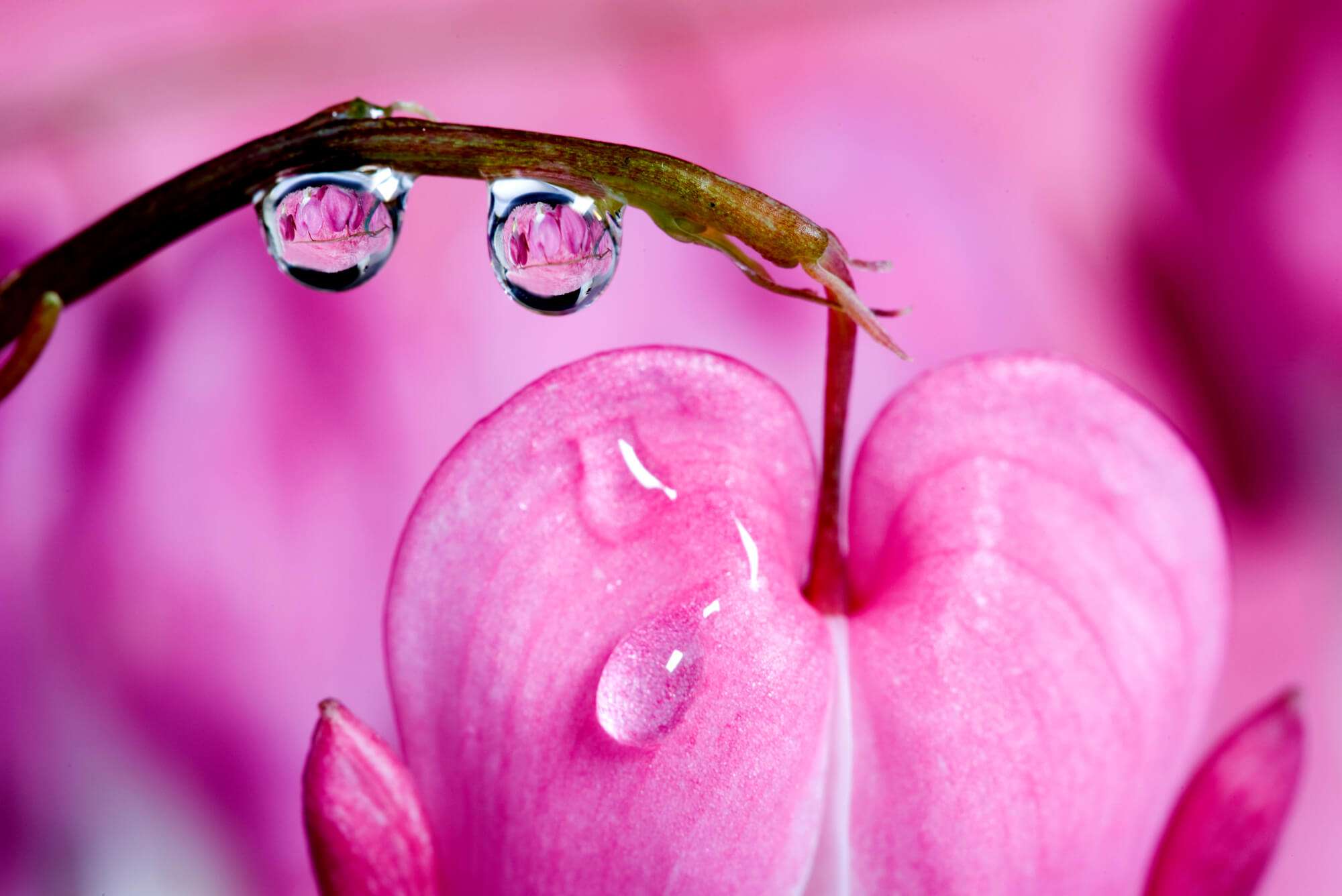 Bleeding hearts, also scientifically known as “Dicentra” are among the most beautiful plants to decorate your garden. Although the most popular part of the plant is its heart shaped rosy red flowers with white tips, the leaves of the plant are the trickiest part to maintain. So, you might find your bleeding heart leaves drying up.

If you want to find out more about these conditions and what you should do about them, you’ve come to the right place! So without further ado, let’s dive right in!

Let’s start with one of the most common factors that cause the leaves of the bleeding heart to look dry, and shriveled.

Ideally, the bleeding heart plant comes from Eastern Asia, particularly China, Japan, and Korea. Since these parts of the world are known for frequent rain, most plants from that region need proper watering all year round, especially during the summer.

When it comes to the bleeding heart plant, you need to water it up around 1 to 2 times a week to replenish the moisture in the soil. Based on that, for a bleeding heart’s soil to be properly watered, it should be around 1 to 1.5 inches wet from the top down.

Keep in mind that if you plant a bleeding heart plant next to a plant that requires a lot of watering such as bushes and some evergreens, you may need to increase the water supply significantly.

Luckily, there’s a good way to make sure that you’re supplying the plant with enough water. To test out the amount of moisture in the soil, you only need to dip your index finger into the soil and take it out to test the moisture. You can also use a moisture reader for more accurate measurements.

If the moist part of your finger is less than 1 inch, the soil is too dry and the leaves will start to look dry, shriveled, and yellow.

You should also know that overwatered bleeding heart plants will also yield yellow leaves, so the color on its own isn’t a reliable sign that you need more watering.

This happens when the soil you’re using has poor drainage, which ends up accumulating moisture. This leads to the suffocation of the roots of the plant, which is a condition known as root rot.

When that happens, the bleeding heart leaves will look limp and droopy as if they’re underwatered, although they aren’t.

If you check the soil and the plant is overwatered, you simply need to avoid watering the plant for a few weeks until the soil dries up to the ideal level for watering.

In some cases, you may be watering the soil properly but the soil ends up being dry quickly. This can happen if you’re not planting the bleeding heart plant in proper soil.

The soil isn’t only responsible for retaining moisture, but also for nutrients required for proper growth and thriving.

For a healthy bleeding heart plant, you need organic soil that is relatively rich with proper draining.

An excessively porous or sandy soil will end up losing its moisture quickly, which causes the plant to shrivel up and dry.

Ideally, the soil’s pH should be slightly acidic (between 6.0 to 6.9), although bleeding heart plants may prosper in soil with a neutral pH (7.0) as well.

You might also need a layer of composed or rotted manure over the soil for extra nutrition and water retention.

3. Humidity is Too Low

If you have proper soil but the top layer of the soil still dries up quickly, it’ll have the same effect as poorly watered soil. In that situation, you might want to check the plant’s humidity and make sure that it’s within good limits.

This is because low humidity can cause the water to evaporate from the topsoil much quicker than it should. In that case, the soil ends up becoming relatively dry and the roots of the bleeding heart plant don’t find any water to consume.

To solve this problem, make sure that you’re planting the bleeding heart in an area with high humidity, as the plant has a high tolerance to humidity levels that exceed 60% to 65%.

Luckily, there are some methods that can help you increase the humidity, depending on where you plant it:

For instance, if you plant it indoors, you can simply use a hygrometer and an indoor humidifier to make sure that humidity levels are kept within healthy levels for the plant.

On the other hand, if the plant is outdoors, you can add a layer of mulch to the top layer of the soil to prevent the moisture from evaporating quickly.

As you can see, the temperature range is relatively low, which shows the plant’s lack of tolerance when it comes to heat.

If you live in an area where temperatures in the summer are between 70 to 80 degrees F, you’ll notice that the leaves change in color into yellow, which is perfectly natural and you only need to remove the yellow leaves.

However, if you exceed the 80 to 85 degree F mark, the plant will start to change in color, curl, and even fall off.

In that case, you need to transfer the plant to an area with relatively lower temperatures or add some water around the plant’s soil to encourage evaporation to reduce the plant’s temperature.

Lastly, besides the situations where the plant is actually dry, there are some diseases and conditions that make the plant’s leaf look dry, curled, and wilted.

In this section, we’ll take a look at some of the conditions that might end up making your bleeding heart leaves dry up:

These patches look quite dusty and with time, the leaves start shriveling and wilting like dried up foliage.

Luckily, powdery mildew is a manageable condition that you can treat by spraying conventional fungicides like propiconazole or triadimefon.

In addition to powdery mildew, sap-sucking insects like aphids can also cause the leaves of a plant to look severely shriveled and dry, which you can easily solve using various methods, including:

This concludes today’s guide about the bleeding heart leaves and all the factors and conditions that will cause them to dry up, wilt, and shrivel.

As you can see, bleeding heart leaves drying up can happen for a multitude of reasons, so you should always monitor your plant and look for other symptoms that can help you figure out the reason behind its dried-up appearance.

Yet, actual drying up due to lack of watering remains the most common cause, so you should always start by testing the soil and making sure that the plant has plenty of moisture to meet its nutritional demands.