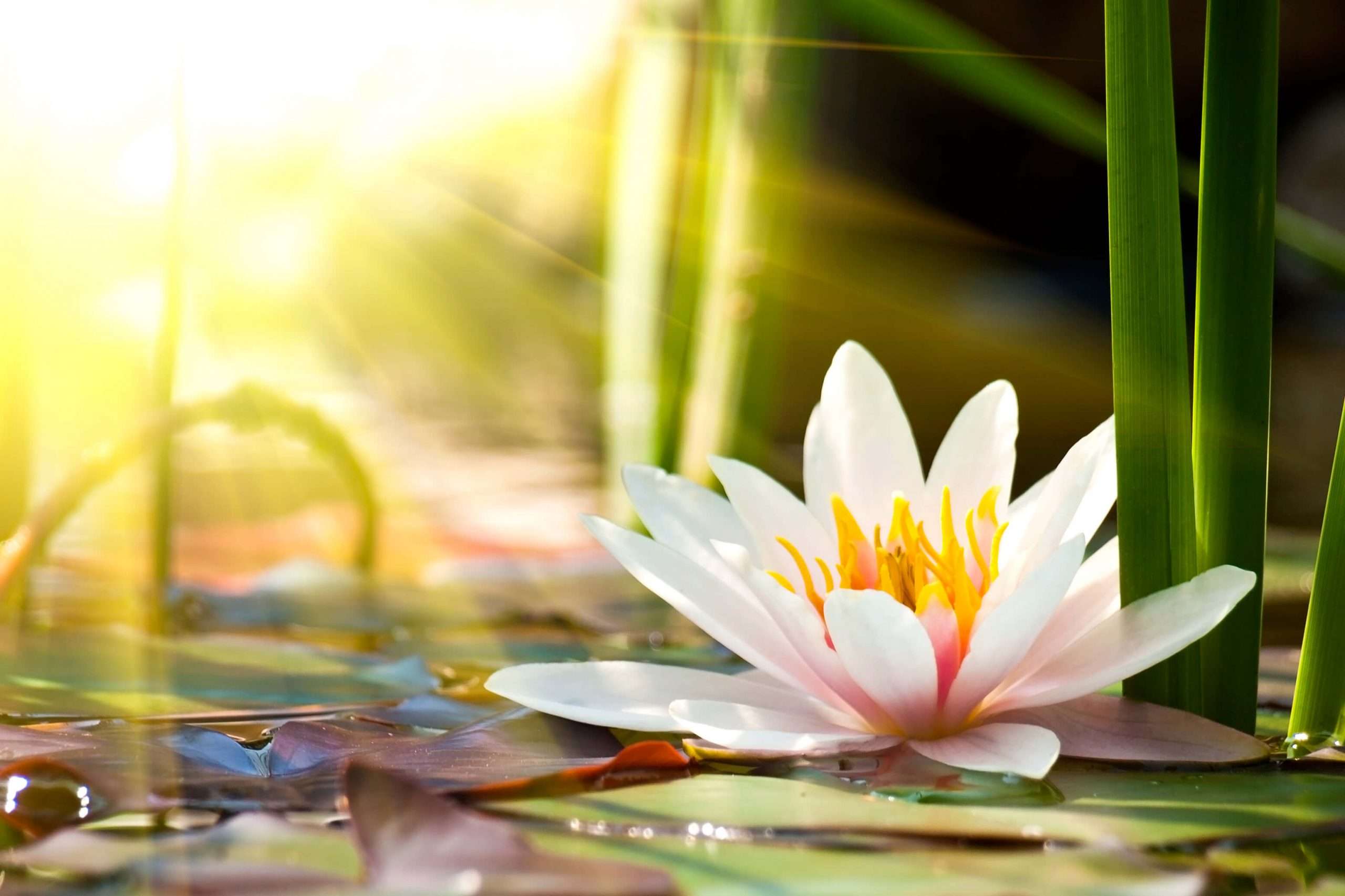 Rising from a pond’s muddy depth, lotus flowers still manage to retain their exquisite color. You may have seen a real pink, purple, or blue lotus flower, but have you ever seen a black one?

In a general sense, black lotus flowers signify power and authority, but may also point to death and rebirth. Dark colors are often associated with an uncertain future. Nevertheless, they’re also synonymous with the upper class.

Continue reading below to learn more about the meaning behind the black lotus flower from different cultural interpretations.

What Does a Black Lotus Flower Symbolize?

Mystery, detachment, and luxury are just a few of the characteristics that can describe a black lotus flower’s meaning. There’s no one solid connotation to the dark-colored flower. Here are some of its explanations and references below.

The black lotus flower has been referenced in some fictional works such as “Red Nails” by Robert E. Howard. The story’s theme follows a dark and harrowing premise as the plot follows the lead characters on an adventure in the city of Xuchotl.

In the story, the female lead was about to be drugged by the essence of a black lotus flower. This may cast the flower as a symbol of sleep and death.

The black lotus is also commonly used in other series authored by Howard. In his “The Slithering Shadow,” he depicts the flower as poisonous. The characters that did survive inhaling the flower’s powders were instead met with horror-filled nightmares.

In “A Gazetteer of the Hyborian Age,” Howard also portrayed the black lotus, but this time, the flower induced hallucinations. The fictional flower became categorized as an addictive drug that basically zombified the characters’ bodies.

If you’re a fan of tabletop card games, then you may have heard of Magic: The Gathering (MTG). In this game, you attack your opponent with the creature card at your disposal until their health lowers to zero.

Now in MTG, there’s a highly valuable black lotus card. This card is so precious, that it was sold at an auction for $511,100!

Its high cost goes back to how it’s one of, if not the, most powerful the card is in the game.

Lots of religious affiliations have symbolized the black lotus. The flower carried meaning to both monotheistic and polytheistic religions such as Christianity and Buddhism. Here are some of their interpretations below.

It may seem odd to include Christianity in the list since the religion doesn’t associate with material objects holding divine powers. Nevertheless, the symbolic traits of flowers and their relation to Christ have been accepted in some sects.

Lotus flowers have showcased their significance in Christianity. It can be shown in their presence in crucial iconographies such as the Saint Thomas Christian Cross as well as the Nestorian Cross.

The lotus flower in Hinduism is remarkably sacred. It’s crucial to the religion because it was personified as the womb carrying the entire universe and Gods. This positions the lotus flower as a message of fertility, rebirth, and strength.

Nevertheless, a black lotus may represent otherwise. Black in Hindu culture usually communicates evil and darkness. The same might be said for the black lotus.

Buddhism already holds lotus flowers in high regard. While other colors could have several meanings, black is often difficult to pinpoint.

Having said that, the Buddha is usually depicted laying on a white lotus flower. This is to represent enlightenment and a path of covering the Buddhist teachings.

Black lotus flowers may then hold a contrasting meaning opposing the white lotus flower. Before we can look into the black and white argument, let’s try to understand what black means in Buddhism.

In the realm of Hell Beings, the Buddha is shown as black in color. This picture can indicate darkness, ancient death, and rage. That being so, a black lotus may suggest an opposing meaning to enlightenment.

In other words, Buddhist teachings instruct that you must get the better of darkness to seek freedom and knowledge underpinned by the white lotus.

The black lotus has also made its mark in old age societies. Ancient communities have commonly found meaning behind material objects. Flowers, like the black lotus, are bound to spark some symbolic interest in their culture.

Similar to the Hindu religion, the lotus symbolized rebirth in ancient Egypt. The flower was also associated with the sun. A black lotus flower may point in an opposing direction.

The color black in ancient Egyptian culture alluded to the underworld and death. Nevertheless, black may also suggest birth, life, and resurrection.

That being said, ancient Egyptian texts have supported that the black lotus meant the death and resurrection of those who passed.

Overall, lotus flowers have held more than spiritual meaning in the Egyptian culture, but social as well. Uncovered hieroglyphics have shown lotus flower artwork originating from both Upper and Lower Egypt, evidencing some form of unification.

Greek mythology has always played a large part when it comes to symbolizing flowers. Lotus flowers were mostly associated with the Lotus Eaters.

This group resided on an island and sustained themselves with the lotus fruits available. The fruit made the residents of the island lethargic and forgetful due to its narcotic effects. This may symbolize apathy and sleep.

Apart from that, Greeks and Romans identified black lotuses as the past, present, and future. The ancient society also viewed the flower in light of life, death, and rebirth.

Unlike the Indians, Greeks, and Westerners, East Asian culture had an entirely different view of black lotuses.

For instance, Chinese culture associates the dark flower with ideas of femininity and a blessed union filled with joy. Japanese customs have similar thoughts of a black lotus relating to a happy marriage.

What Does a Black Lotus Flower Tattoo Symbolize?

Lotus tattoos are gaining popularity. There are a wide variety of colors to choose from such as orange, pink, and yellow. Red lotuses, for example, may suggest that you’re passionate and deeply affectionate.

Black lotus tattoos aren’t as commonly inked since they have such a strong and almost daring meaning that not many would identify with.

For the most part, black lotus ink may mean rebellion and death. On the other hand, the black flower tattoo can also have a positive overtone.

They can give off elegance, authority, luxury, and a feeling of authority. If you choose to get a black lotus flower tattoo, it may mean you have a strong character.

Now, there are plenty of ways you can design the tattoo. You can go for a bold and large choice on your arm or leg. Alternatively, you can keep it simple and minimalistic and get a small black lotus on your nape or back.

Overall, a black lotus tattoo is a great option for those wanting to break out of their shell and assert more strength in their lives.

The black lotus flower meaning spans centuries of symbolism. The color black in several cultural backgrounds is characterized by mourning, sadness, and darkness.

While other groups view black as the color of power, authority, and sophistication. These may all describe the meaning of a black lotus.

That being said, it’s interesting how ancient flower connotations of the black lotus have found their way into recent fiction and pop culture such as card games.