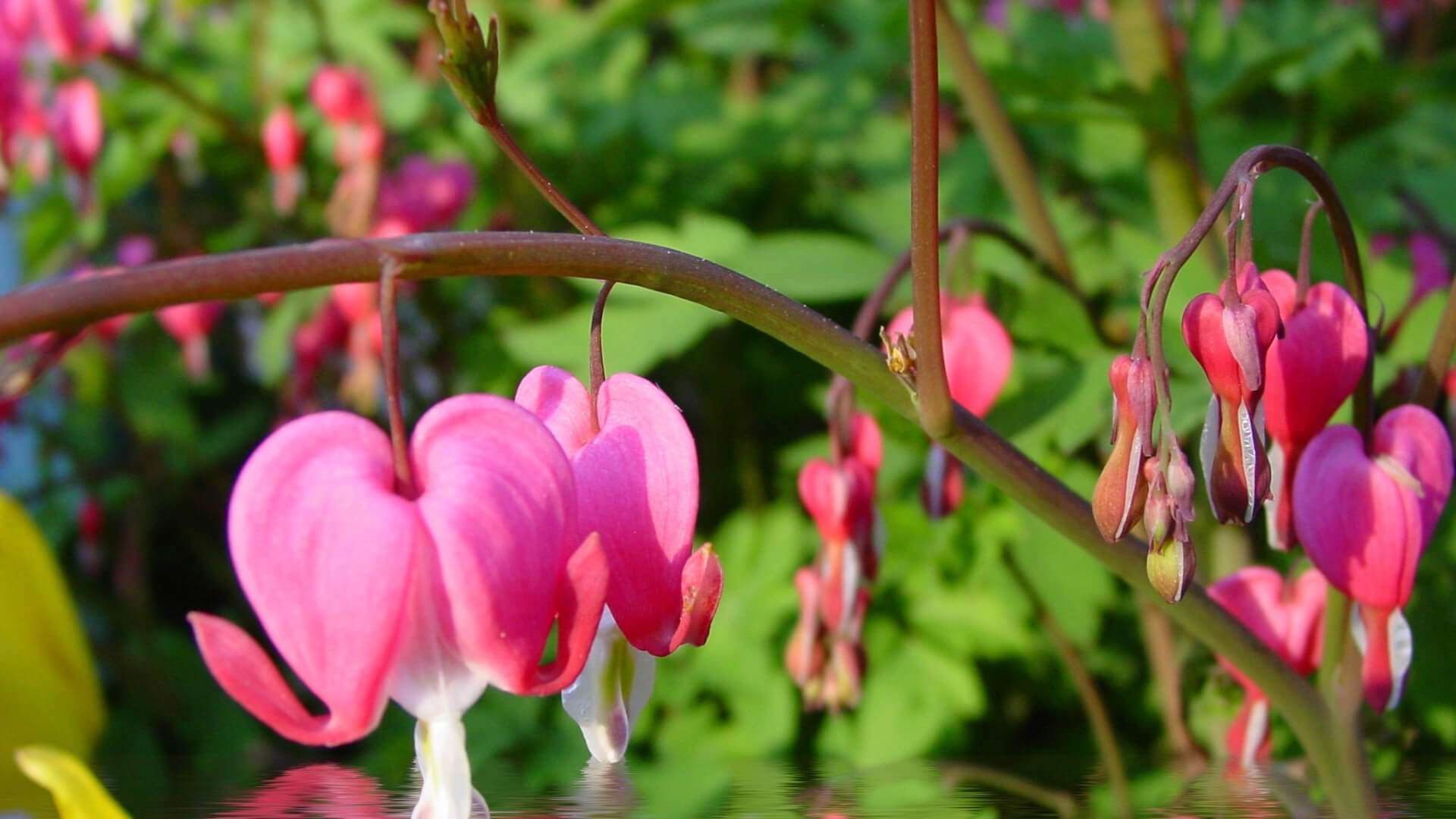 Known for their plump, Valentine-shaped blooms, bleeding hearts are among the most eye-catching plants out there. They’re relatively easy to take care of, as long as they’re undisturbed. But what if you want to move them? When is the best time to transplant a bleeding heart?

Read on to learn more about bleeding heart transplanting and how to do it in the safest and most effective way possible!

When Is the Best Time to Transplant Bleeding Heart?

If you want to separate or transplant your bleeding hearts, wait until early spring or fall to do so. They must be dormant when they’re moved so they grow healthy, lush, and stress-free when it’s time to bloom.

Never move the plants in the heart of the summer, as direct heat and dryness can cause a great deal of damage during the transplant.

Where to Move a Bleeding Heart

Bleeding hearts thrive in partially shaded locations with well-drained (but moist) soil, so make sure you’re transplanting them in an area that offers ideal growing conditions.

Bleeding hearts are easy to grow but they’re, unfortunately, just as easy to kill. They need to be placed in optimal locations for them to thrive year-round.

Bleeding hearts prefer partially shaded locations, although they tolerate full sun in moist and cool climates. They’re not overly particular with the soil they’re planted in; they love it as long as the soil is well-draining and moist. If the soil is too dry or too soggy, the plants won’t grow optimally and may even die before the blooming season comes.

How to Transplant Bleeding Heart Plants

Here’s how to transplant bleeding heart plants in the most efficient way possible:

Bleeding hearts don’t like being moved, so you have to work fast.

Before you pull the plants out of their old soil, make sure you’ve got the new soil ready. These plants have a shallow root system, so the new land must accommodate horizontal root growth as opposed to vertical.

Amend the soil with organic material like compost or well-rotted manure. Spread said compost or manure one to two inches over the new soil’s surface. Once done, dig up a decently-sized hole for their roots to grow in. The hole should be anywhere between six to eight inches deep.

Before uprooting the plant, cut any excess foliage or stems with garden shears. This way, your bleeding hearts will focus their energy on developing new roots instead of caring for dry or dead foliage.

Step 3: Dig Up the Plants

Bleeding hearts have extremely fragile roots. Without the right care, they can easily be damaged or broken during transplantation. As such, you have to be extra careful when digging up the plants from their original location. Pay close attention to where the roots are positioned so you won’t accidentally damage the roots.

Once the ring is dug, pop the roots out of the ground using a larger shovel. Keep the root ball as is; don’t shake or remove any soil hanging from the roots. The root clump will serve as protection during the moving process.

Transfer the bleeding heart plants immediately to their new spot. Don’t delay; do it as soon as you’ve uprooted them. If that isn’t possible, place them in a temporary, transitional home with the right soil.

If you’re moving more than one plant, space them 24 to 30 inches apart. Spacing your plants appropriately reduces the risk of rot, contagion, and disease. If they’re too close together, the plants will get stressed due to the lack of air circulation. Planting them too close may also cause pests to move in.

Once the plants are situated in the soil, give them a little shower to moisten the soil and cool off their leaves. Keep the soil moist for the first couple of weeks after transplanting.

How to Divide Bleeding Heart Plants

As with most single perennial plants, bleeding hearts benefit from division every three to five years.

When divided, you’re making more space for the roots to grow and absorb nutrients. This keeps the plant healthy, plus you get more free plants that you can either replant or give away to your fellow green-thumb friends!

You’ll know it’s time to divide when your bleeding hearts become too overcrowded. Divide them in fall or spring so the roots have enough time to settle in before summer comes.

Although easy, plant division is a delicate process. Here’s how to do it:

How to Care for Newly Transplanted Bleeding Hearts

Newly transplanted bleeding hearts are extremely fragile. If not taken care of, they might experience transplant shock.

Here’s how to care for a newly transplanted bleeding heart.

Water your bleeding hearts immediately after they’re transplanted. newly-transplanted plants must be watered every day. For the second week, they must be watered anywhere between three to four times a week. After that time, resume normal watering.

However, newly transplanted bleeding hearts need a bit of encouragement to properly and quickly develop their roots with root boosters.

Spray the plants with the appropriate booster once or twice every two weeks for the first six months after transplanting.

Deadhead stems with faded or drying flowers to stimulate growth. Likewise, pluck out dry and hollow roots so no energy is wasted on them.

Don’t prune the plant too heavily, though. If you over prune, your bleeding hearts will exhaust themselves trying to replenish the flowers. This causes them to be extremely weak, allowing a variety of insects and pathogens to invade the plants.

The best time to transplant bleeding heart plants is in fall and early spring before they enter the blooming stage. Dig up the plants carefully and transfer them as soon as possible to the new location. Place them in partially shaded areas and moist, well-draining soil so they continue thriving throughout the year.