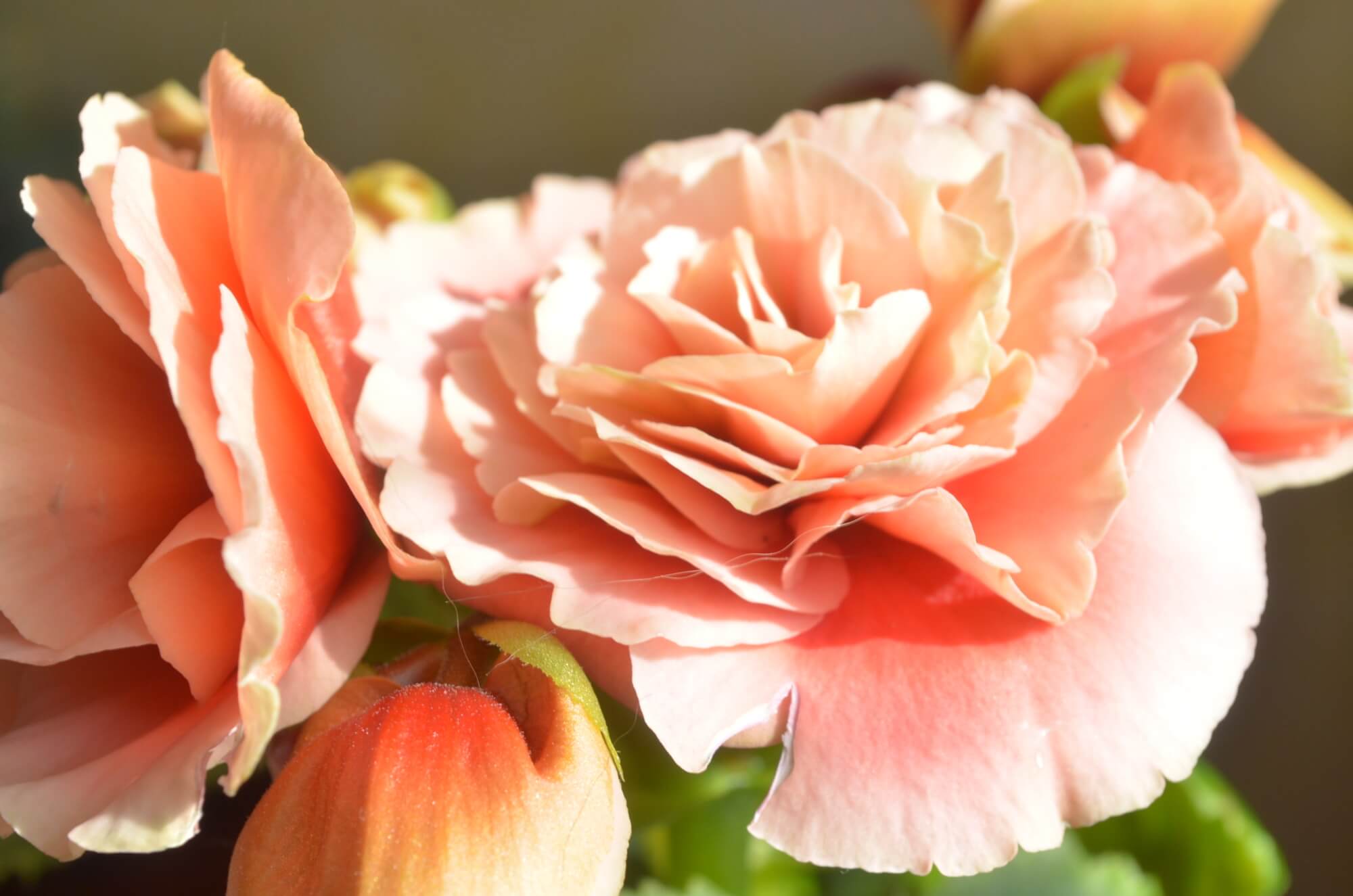 Despite the flimsy stem carrying it, the begonia is one resilient flower. It can definitely make a statement as a gift or an indoor plant, but have you ever tried to figure out the begonia flower meaning?

Begonias are known to reflect gratitude, honor, and unity. It can also represent femininity and beauty. However, some people might see it as a warning sign that danger or harm is close.

Begonia Flower Meaning Across the World

From different perspectives, the begonia can reflect several meanings, from gratitude to good luck.

So, let’s take a look at some cultural interpretations behind the poised begonias!

The main message that begonia sends is acknowledgment and appreciation, and both turn out to be ingrained deep into the flower’s history. For one, it got its name in a gesture of gratitude that traces all the way back to its discovery in 1690.

At the time, a French botanist, Charles Plumier, wanted to thank Micheal Le Grand Bégon for supporting his expedition. Bégon was also very interested in botany, so it was a win-win for both him and Plumier!

A little fun fact here is that Charles Plumier also had the fortune of having a genus of flowering plants named after him. Of course, that’s the drop-dead-gorgeous plumeria!

This hat-tip notion is probably why we see begonias as synonymous with a thank you note today.

Token of Honor and Unity

When it comes to using begonia flowers to show respect, things didn’t stop with Plumier and Bégon.

You might have heard about the begonia cultivar, Kimjongilia, which was named in honor of Kim Jong-il on his 46th birthday.

Although the botanist here, Kamo Mototeru, was Japanese, he still found the flower worthy enough to be a symbol of peace, honor, and unity. Soon, it became an emblem, inspired songs, and adorned his funeral.

However, it’s important to note that the Kimjongilia isn’t actually the North Korean national flower—that would be the delicate white Magnolia sieboldii.

When it comes to luck and omens, the meaning behind begonia flowers can be a bit complicated.

Sometimes, people see the gold and yellow varieties as a symbol of good luck and prosperity. Not only because both are high-energy colors but also because they have an association with coins and sunshine.

On the other hand, a begonia floral arrangement can also tie back to notions of harm, illness, or even death.

When you think about it, it’s probably because the genus has a long history as a windowsill plant. That mainly reminds us of hospital visits and get-well-soon cards, hence why some people might take it superstitiously.

However, you’ll probably notice that this symbolization increases when the plant wilts and fades away. If a plant looks struggling to live, it’s easier to take it as a bad omen. That’s also why some people find it to be a warning sign if they can’t get their begonia plant to thrive and bloom.

In Chinese culture, the begonia is often seen as feminine and delicate. In fact, some people even call it the flower concubine.

Yet, the feminine side of begonia isn’t always soft and subtle. In some cases, it can reflect resilience, mystery, and even supernatural powers. This is reflected in the animation fantasy Da Yu Hai Tang.

The main character in the movie is a little girl called Begonia who takes on quite the epic adventure with bravery, curiosity, and passion.

This adaptation merges a lot of spiritual aspects of Chinese folklore and builds on the notion of a begonia being something delicate and beautiful but capable of greatness.

Making the Most Out of Begonia Flowers

With flowers as diverse in their meaning and colors as the begonia, things can get overwhelming. The fact that it also has some negative connotations doesn’t make this task any easier.

However, with a bit of reflecting, you can find the ideal way to send your message across with begonias.

Perhaps the most common color of begonia out there is the red, from muted shades to a blood scarlet. Add to that the delicate flower shape, and you get the perfect flower to use as a romantic gesture.

However, the red varieties could be too bold for budding romances, and you might come off too strong if you give it to a crush.

That said, the pink begonias are just perfect for that. They still say love and admiration without being too intense. Then you can save those red flowers for an anniversary or two later!

Of course, white cultivars are still a possibility, but they can reflect more innocence and pure love than fiery passion. You can always mix and match the three colors if you’re not sure which way to go.

Following in the footsteps of Charles Plumier is also a valid option for handing out begonia flower arrangements. So, if you want to thank someone for a favor or support you through tough times, consider getting them begonias of any color.

If you’re scared that they might see it as a sign of bad luck once it wilts, get them an established indoor pot instead of a bouquet. This way, they’ll get to care for it and see it bloom.

It doesn’t have to be after a favor, either. You can use begonias to let someone know you appreciate having them in your life!

Since the begonia flower also symbolizes peace and unity, it makes for a good sign of forgiveness.

Giving it to someone you just recently had a fall out with could mean that you’re willing to forgive and forget, especially in platonic relationships.

The orange and yellow cultivars can do a very good job of sending this message with a touch of joy and warmth. Nothing says “let’s turn over a new leaf” better than that!

If someone you know is taking on a huge step in their lives, getting them begonias can be a way of asking them to be optimistic but cautious.

The white begonia is a neutral option to go for here. It’ll reflect purity and sincerity. You can even get them a potted plant for a new house or office space as a welcoming gift.

In a way, you’ll be merging the superstitions and the good luck notion into one. This says that you wish this person well in their venture, but you also hope that they are being vigilant.

5.   Reflect Originality in Your Garden

People are more than used to seeing begonias in windowsills and ceremonial flower arrangements. What they might not be used to is a backyard full of spring begonia bloom.

Having those in your garden can say that you’re comfortable in your skin, at peace with your life, and not scared to stand out from the crowd.

Even if you’re not one for flower beds, just resort to hanging pots. They’re dramatic, work well for trailing begonias, and are easy to move around. To kick things up a notch, you can even use different-colored seeds to get a bold and vibrant bloom.

Just keep in mind that they need a lot of indirect sun and protection from strong winds.

If you’re not one for gardening, consider getting an artificial begonia basket. However, growing plants out from scratch has its own unique rush!

All in all, begonias are quite confident flowers. They can say that you’re thankful, forgiving, and appreciative.

However, understanding which begonia flower meaning stands out in a situation is all about context. At one point, it can be a wish of good luck, but at the other, it’s a sign that you need to be cautious.

In your home, a hanging basket of those beauties can keep you entertained all spring!