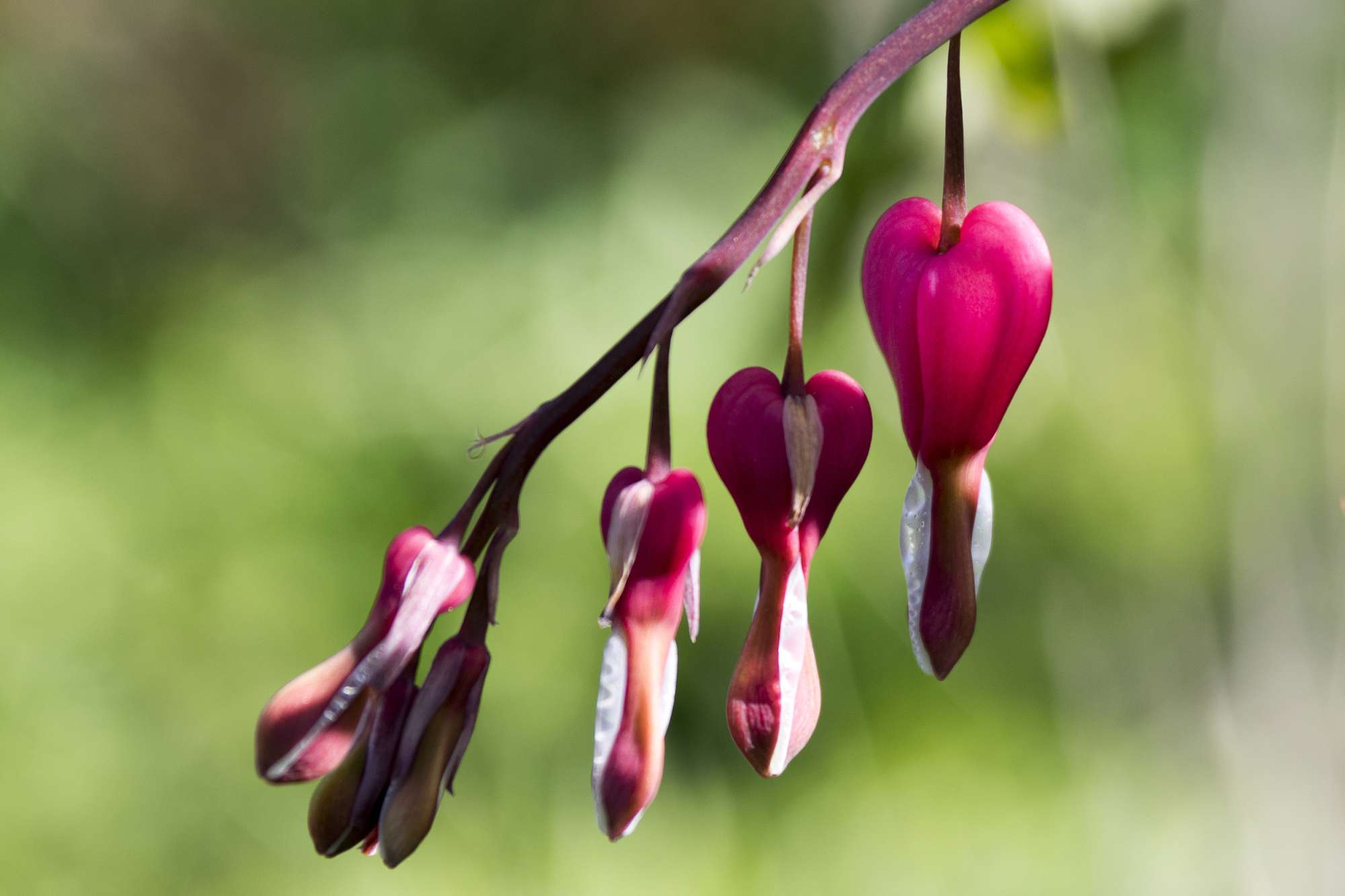 If you’ve ever seen a Dicentra vine, you know that they have one of the prettiest flowers you can ever see, but pretty doesn’t always mean safe. So, are bleeding hearts edible, or are they dangerous?

No part of the bleeding heart vine is safe for consumption. However, the plant was associated with a few medical uses throughout history. Some of these medical applications have scientific backing now. Others don’t.

In this article, we go over basic misconceptions about the ingestion of the Dicentra vine species and its medicinal applications. We also dig a bit into some tips that can help you stay safe around the ornamental plant. So, stick around!

While the bleeding heart flowers are appealing to look at, they’re not edible at all. Neither is any other part of the vine.

The reason why bleeding heart vines are this toxic is the presence of a class of alkaloid principles called isoquinolines.

Now, you may be wondering what would happen if you ate bleeding hearts? What’s the worst that could happen?

If you eat any part of the vine, you can experience the following symptoms:

Keep in mind that these symptoms will vary drastically based on the amount of the plant that you end up consuming and digesting.

In most cases, the initial gastric irritation means that you’ll throw up a whole lot of the ingested amount before it gets to do any major damage to your internal organs.

It could also be useful to know that eating the bleeding heart vine could result in false-positive drug tests since it’s very structurally similar to opiates.

So, you can’t eat the vine, and neither can your pet, but would the plant attract wildlife to your home garden?

Sometimes, people with open lands complain about how deer sneak up at night to eat their precious blooming plants.

However, with bleeding hearts, you don’t have to worry all too much about that. After all, the vine is considered a deer detriment.

Just keep in mind that the bleeding hearts go through summer dieback, where the vine withers to the ground in a state of dormancy. Your garden will be susceptible to deer then.

Does the Bleeding Heart Vine Have Medicinal Properties?

Just because it’s not edible doesn’t mean it’s completely useless. Yes, the bleeding heart is a great ornamental plant, but there’s more to it than meets the eye!

Certain species of the plant are deeply rooted in Native American medicine and herbal remedies.

For instance, the Dicentra formosa has been used for a bunch of medical applications. Let’s take a look at the most common ones and see if they still hold up against today’s science!

It might sound counterproductive to use a toxic plant as a strengthening tonic, but people used to believe that it could help with chronic diseases like syphilis.

They also used to prepare a tincture out of the roots and drink it to calm nervous conditions like anxiety.

The vine roots were crushed and used locally to ease the pain of several dental ailments.

While some medical claims about the vine’s medicinal powers still await clinical proof, this one stood the test of time.

It’s been proven that the bleeding heart has an analgesic effect.

However, we definitely wouldn’t recommend taking a bite out of the vine for a toothache. There are way safer and more convenient alternatives out there to consider. This one’s too risky with a little payoff.

People also used to believe that the bleeding heart could clear up worms. As it turns out, it’s poisonous to both humans and worms!

So, go for a consultation with your physician if you’re concerned about worm infestation.

Safety Tips for Growing a Bleeding Heart Plant at Home

Do you know how they say that an ounce of prevention is worth a pound of cure? Well, it might be a cliche, but in this case, it applies perfectly.

If you’re the main gardener-in-duty at your home, it’s not enough to just know that a certain plant isn’t edible. You also have the responsibility to make sure that the people around you share at least a basic level of awareness about what’s growing in their backyard!

Besides that, here are some handy tips and tricks that can save you (and your pets) a potential case of isoquinolines toxicity:

1.   Limit the Perimeter Around the Vine

To make it clear that this vine isn’t intended for consumption, try putting it behind a small wooden fence.

It might be worthwhile to train your dogs on stop commands and let them know that certain parts of the garden are off-limits.

We get that setting up a fence around the vine can be impractical. If that’s the case, try using an outdoor playpen for your pets.

For younger kids and untrained pets, make sure you monitor their outdoor playtime. A fence might not cut it with a curious and overly active puppy!

2.   Spread Awareness in Your Household

If your kids are old enough, talk to them about what plants are edible and what aren’t. It could be a great chance to pass on those green thumbs to the next generation!

Use this as a teaching opportunity and share with family or roommates how to safely care for the bleeding heart plant. You never know when plant identification skills might come in handy.

You might also need to let your neighbors know that not all plants in your yard are safe for consumption.

3.   Be Mindful About the Neighboring Plants

If you have an edible plant growing around your bleeding heart vine, make sure you never mistake them for each other.

Generally, it’s recommended to make use of evergreen plants or summer-flowering bushes around the vine.

This way, you get to mask the ugly balding spot that the bleeding heart leaves behind as it goes into seasonal summer dieback.

Here are some great companions to consider for your Dicentra:

Although the vine is only mildly toxic, it’s better to be safe than sorry. If you end up with any of the symptoms of alkaloid poisoning, don’t assume that it’ll be fine.

Even if you feel like driving, get someone to help you to the emergency clinic and let the healthcare professional know when you ate the vine and how much of it you consumed.

Make sure to let them in on any other medications or complicating conditions that could matter in your treatment protocol.

Most of the time, they’ll pump your stomach, put you on rehydration fluids, and order some tests. For extreme cases, you might need an antidote or a dose of activated charcoal. Either way, don’t administer any medications yourself.

The same applies to your pets. If you suspect that your cat or dog consumed bleeding heart vines, take them to the vet as soon as possible.

Remember that they have smaller bodies, and a small dose to you might be lethal to them!

Wrap Up: Are Bleeding Hearts Edible

Although the same alkaloid principles that are considered toxic can be of medical use, it’s still not safe for consumption.

So, stay safe and protect your loved ones!